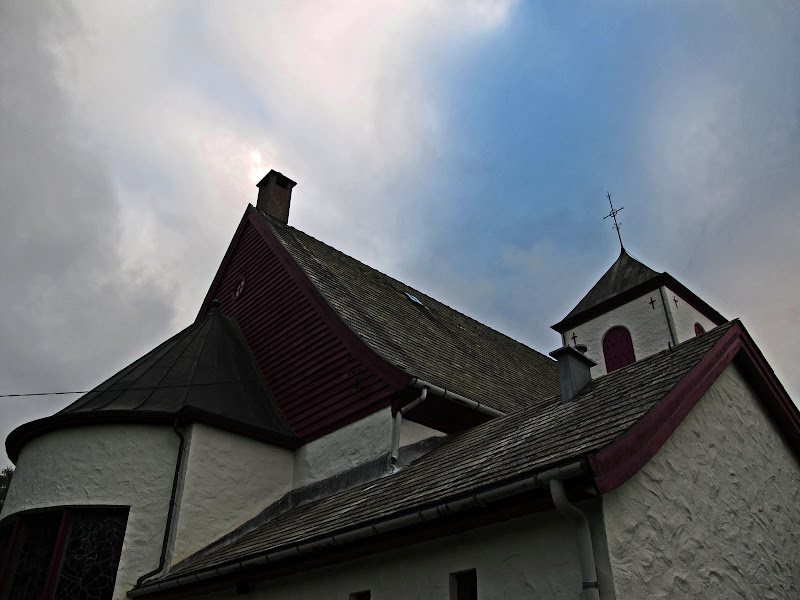 One late summer evening last week there finally came some hints of blue on the sky.
We immediately saddled up for a local photo safari, armed with coffee, chocolate buns and cameras.
I'd never had a close look on this particular church before.
It's built in 1938; thorough Art Deco style.
From this special angel I found it had a Kreml-ish wild mix about it.
I must return for further exploration of the inside. The stained glass windows look interesting. Makes me wonder what the architect has done with the ceiling.
Don't you like finding treasures like this just " around the corner of your home"?
Lagt inn av Felisol kl. 10:16 pm 18 comments: Koblinger til dette innlegget

A good way of swearing 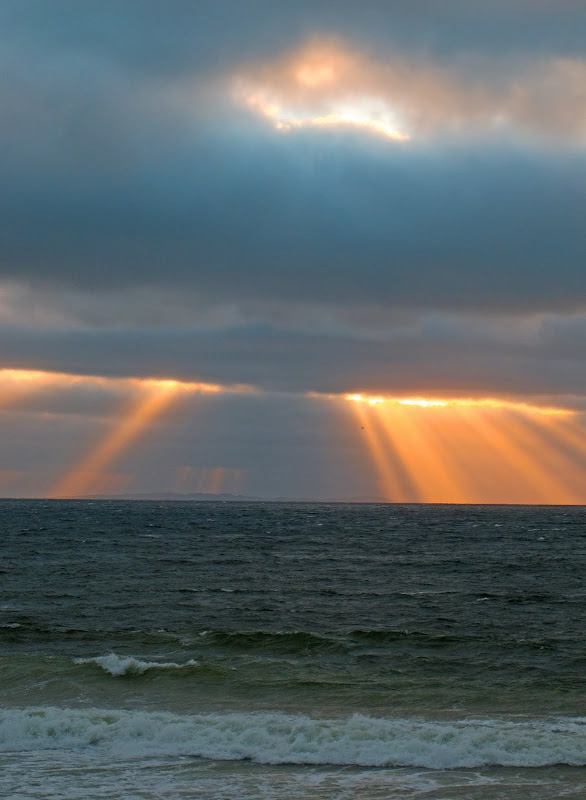 The composer Harald Severud had a nephew, who for a while was teaching piano in my home-town Sauda back in the early sixties.
Once his famous uncle came and explained the background for this mighty piano piece.
Back in 1942, while Norway was occupied by the Germans and the Nazi terror was at its worst, Severud felt overcome by both anger and powerlessness.
His father had strongly forbidden his boy to swear, so even as an adult this was not an option.
Instead he composed this mighty Kjempeviseslott, "Ballad of Revolt", which for ever has stood as a symbol of resistance to injustice and terror.
I never learned to play the piano, but I never forgot this concert from my early youth.
These days this "protest music" once more help channelling my emotions.
Thought I'd like to share.