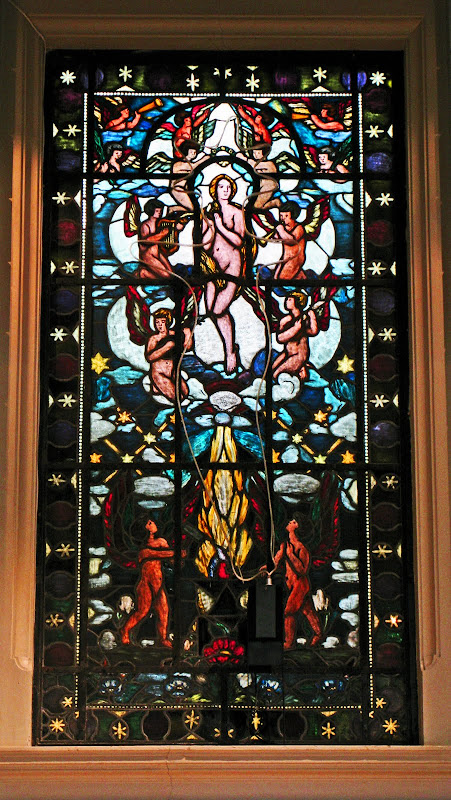 These last days have taught me lessons I should have learned long time ago.
Don't seek for, or even pray for things you aren't ready handle. I can easily understand that winning a million in the lottery can bring more harm than blessing in my life.

Proverbs 30: "7 Two things have I asked of Thee; deny me them not before I die: 8 Remove far from me falsehood and lies; give me neither poverty nor riches; feed me with mine allotted bread; 9 Lest I be full, and deny, and say: 'Who is the LORD?' Or lest I be poor, and steal, and profane the name of my God."
My wise dad used to read these lines and emphasize "give me neither poverty nor riches." I guess this is the foundation of my life, as well as my reason for I choosing a carrier and a spouse, a companion for life.
Then, sometimes, my wishes nevertheless are for more, more, more.
And I am briskly told to be satisfied with what I have got, and
to count my blessings one more time.

Psalm 139:17 " How weighty also are Thy thoughts unto me, O God! How great is the sum of them! 18 If I would count them, they are more in number than the sand; were I to come to the end of them, I would still be with Thee."
Lagt inn av Felisol kl. 6:31 pm 5 comments: Koblinger til dette innlegget 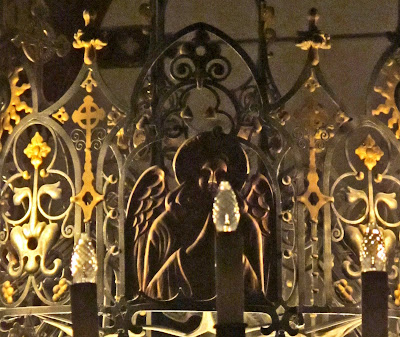 The angel in the old chandelier, this far unknown to both Gunnar and Liv, even though they were Christened and raised in this Church of Our Savior.

My arthritis has developed in leaps and jumps the last years.
Finally all my fingers are aching and twisted, except for my two ring fingers.

Gunnar, the intelligent observer, suggested that wearing gold might be worth trying, since gold has been used in treatment for rheumatism for years, and has been worn on my ring fingers for the last 45 years.

I searched and found rings for all my fingers, except for my left index finger, which had become thick, crooked and swollen.
When my good friend Liv heard and saw this, she impulsively ran indoors, and returned with a thick gold ring.
She took my hand and slipped it on my index finger, "This is for you."
I was too confused to protest, and even more when I found out it was the ring her late husband and my friend Sigve, had worn till the day he died.
I was advised by Gunnar to consider it as a valuable loan, and wear it with gracefulness and awe, which I have done since that special day in June.

My fingers aren't healed, but they have stopped aching, and I can play my two summer tunes on the guitar again.

December 19th, Serina and I got two last minute tickets to a concert with Norway's Hanne and the Three Opera Tenors.
The Church of Our Savior was packed to the brim. We crept in on the fourth balcony row, and I made some quick point and click pictures before the concert started.
Afterwards I was lost to music.
One of the soloists performed Nessun Dorma with such force and skill, that the applause threatened to blow the roof off the church.

Nobody shall sleep!...
Nobody shall sleep!
Even you, o Princess,
in your cold room,
watch the stars,
that tremble with love and with hope.
But my secret is hidden within me,
my name no one shall know...
No!...No!...
On your mouth I will tell it when the light shines.
And my kiss will dissolve the silence that makes you mine!...
(No one will know his name and we must, alas, die.)
Vanish, o night!
Set, stars! Set, stars!
At dawn, I will win! I will win! I will win!

I applauded wildly with all my locked up enthusiasm released.
It wasn't until the next number I felt that something was missing. Liv's ring. I whispered to Serina. She told me to wait searching until the concert was over. I prayed to God, "please, please send an angel and place the ring in my handbag", and went back to the magic of heavenly voices sharing Christmas carols and hymns from their cornucopia.

After sharing the ultimate hymn from the 11th century, "Deilig er Jorden", standing, the assembly split.


A smiling elderly man, my age, helped us searching the balcony for half an hour, but in vain. I prayed silently to God for help as we drove home, but told Serina what I was doing.

"But, mama, did you look in your handbag?" my sweet daughter asked. The zipper of my bag was still 2 inches open. I opened it, and the first I saw, was,-- the ring.
In spite of my lack of belief, my prayers were heard. 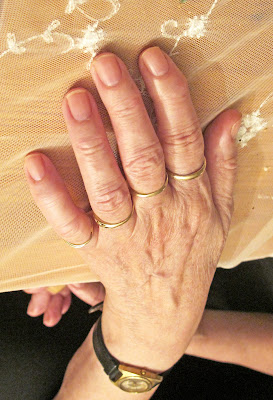