THE ANGELS AND US 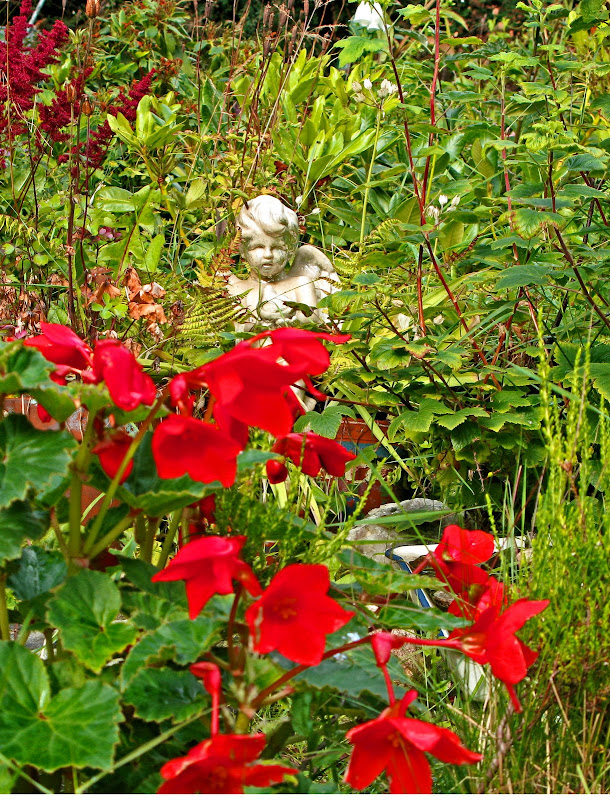 Matthew 18:10"See that you do not look down on one of these little ones. For I tell you that their angels in heaven always see the face of my Father in heaven.

I consider myself belonging to the little ones and am proud to have various friends among them as well. People being without means or weapons to speak out for or defend themselves in the everyday rat race here on earth.
How I love the fact that every human being has its own personal angel reporting in front of the Lord's face.
It means above all the safe feeling of being seen, seen and cared for.

So are the hookers on the corner, the mute and seemingly helpless stroke patients, the street rebels, the plague ridden, the retarded, the various psychic ill, the soldiers and prisoners.
We are all unique and of equal value.
On my Mezuza is written:
Psalm 91: 11 For He will give His angels charge over thee, to keep thee in all thy ways.
We are surrounded by legions of angels, ordered to be there for us.
This is the Bible's happy message for today.
Lagt inn av Felisol kl. 6:17 am 9 comments: Koblinger til dette innlegget

BLOGGING MY WAY IN A MINE FIELD 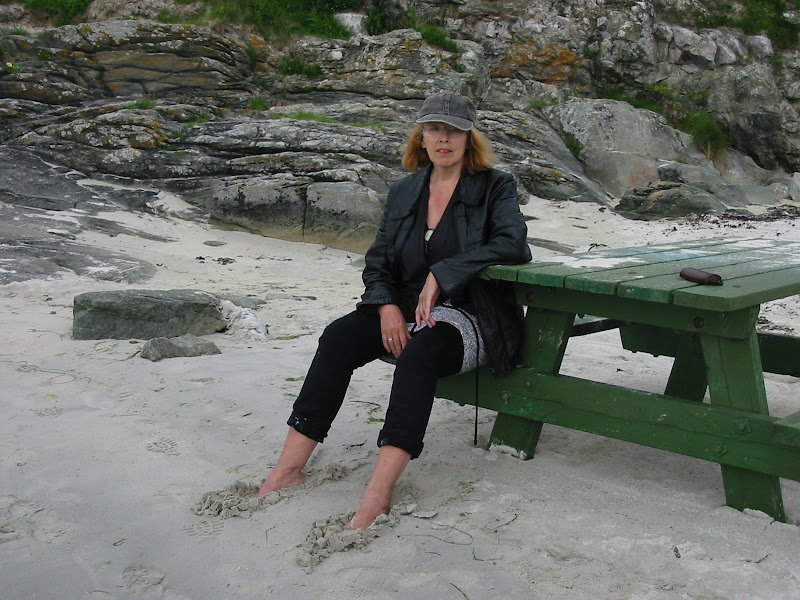 My reasons for blogging in English are mixed. I want to write in English so I don't forget all I learned in school two life times ago. Reading is easy, thinking and writing is quite different. I also like to learn to know people from different cultures and values than my one. Being a Christian I find it interesting to learn how people on other continents are thinking and worshiping.
My dad used to teach me that in Our Father's Mansions there are many rooms. Guess I'd like to be acquainted with some of the people I'm hopefully going to meet on the other shore. I has been an interesting journey. 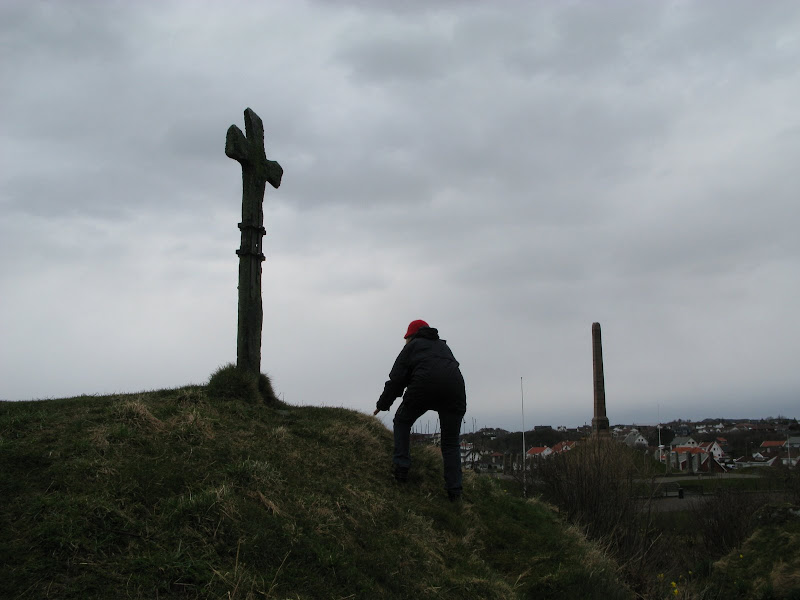 Most people have been polite and expressed their opinions highly and freely. Marvelous.
We all love our countries.
Some, more than others, seems to mean they are entitled to pass judgments on cultures and political systems they are hopelessly ignorant about. To be frank; that pisses me off. I'm fine with listening and learning. Pay respect and expect ditto, that should not be to hard to do, even for self righteouslies. I remember asking my daughter a couple of years ago, when I understood there were big differences in thinking and opinions. She came in and flipped a Coca Cola cork bottoms up. "Show them who you are" were the words of wisdom. I've let that be my policy. Where has it lead me? I've found genuine, sweet, loving, artistic, brave, honest, hardworking, intelligent people in three continents. I've been enriched, and hopefully somewhat wiser. Amrita has taught me a whole specter of rich Indian rainbow. She lives as she talks and wow, has she got wisdom and insight. Lidj has opened doors to her country as well as to her heart. I'm forever grateful and impressed. Robin has taught me a lot about the cradle of our belief and culture; Israel. The land God gave the Jews. Terry, my bestest ,has through her life and words revealed depths of Christian love I seldom see. Saija, Debbie and I share pieces of mutual background and culture. It has be so wonderful to experience how important roots and background are, and how the positively are building an identity, a ground wall for life. And there are Catholics, Jews, atheists, searchers, Methodists, Anglicans, Baptists and Pentecostals alike, politically ranging from blue/black to pink (in the broadest sense). How intriguing to try out if this variety of people can respect each others pluralism! Indeed I will go on blogging. I need getting more wisdom. I also have my own place to speak freely out when I feel the ugly smell of censorship.
Well, to quote father Shakespeare; "My words fly up, my thoughts remain below: Words without thoughts never to heaven go." At least I know where I am headed and why! 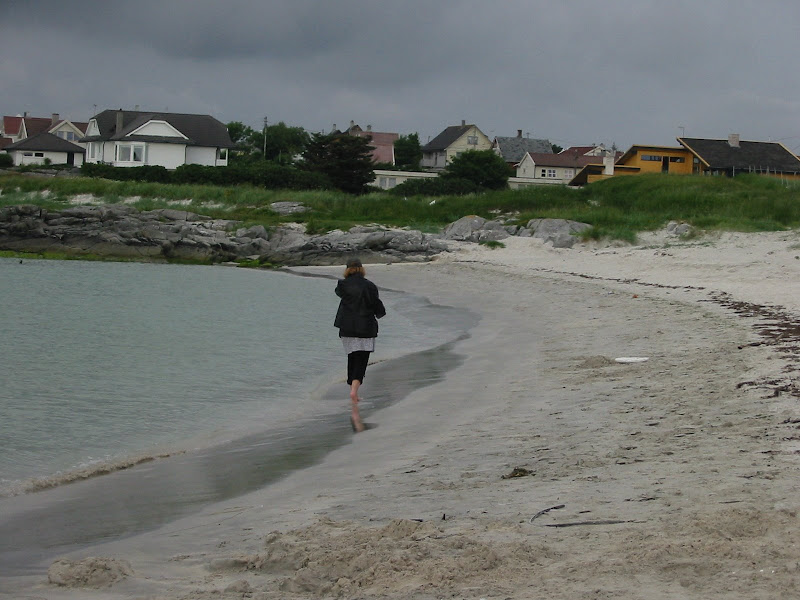 See him wasted on the sidewalk in his jacket and his jeans
Wearin' yesterday's misfortunes like a smile
Once he had a future full of money, love and dreams
Which he spent like they was going out of style

He's a poet, he's a picker, he's a prophet, he's a pusher
He's a pilgrim and a preacher and a problem when he's stoned
He's a walking contradiction, partly truth and partly fiction
Taking every wrong direction on his lonely way back home 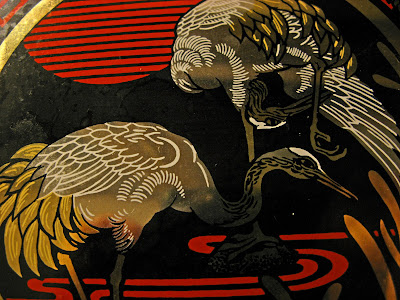 Redeeming the time.
Summer in the north is short, too short, even with the long, blond nights. 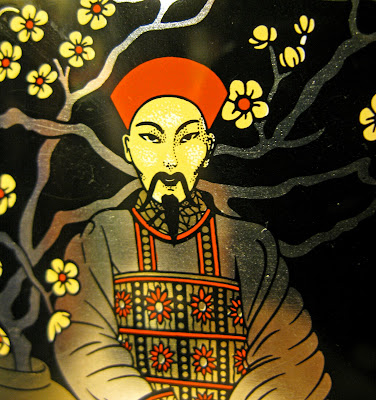 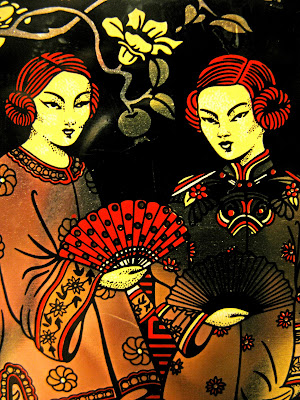 Time for enjoying beach-life and the abundance of festivals. 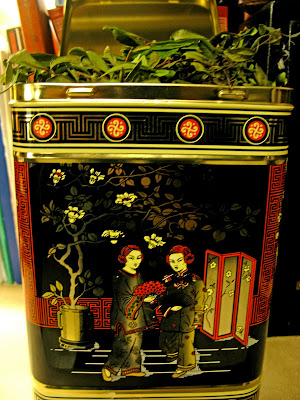 Just now; time for harvesting. Today I've picked black and red currant and stuffed in the freezer. Likewise I've made tea from burn nettles (cures everything from gout, arthritis,galleries,prostate, ulcer and even cleanses the blood.) Serina says if I'd lived 300 years ago, I'd be burnt as a which.
Boxes and bottles are filled. This big tea box contains dried bog myrtle.
If you wonder; it cleanses the air especially in cellars and keep moth from eating our valuable bunads and linen.
The fragrance is just so fresh, I get "high" from inhaling it.