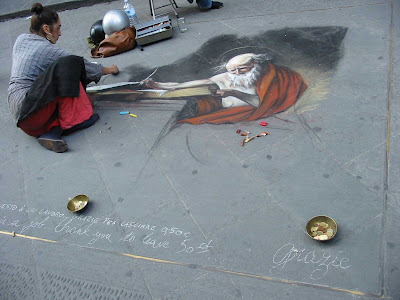 I have been reading the Bible more these days than for years. My father's last gift to me, "be a reader; the answers lie in the Scriptures."
I got my Bible from the congregation May 10th 1964. The pastor had written the words from John 17, 24 as a greeting on the inside cover.
Here are my 10 Bible favourites: 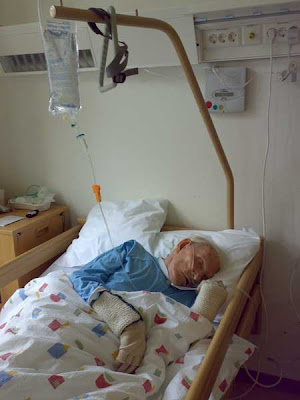 My dad has had another brain damage, caused by a blood clot this time, and he is probably going to die.
For nine days we have been around him all day, doing everything possible to ease his pains and make contact.
We see him following us with his eyes as we move around in the room.
His face is calm and relaxed when he's listening to his favourite music.
When we touch him, touch his skin lightly, balm his body, put cold towels to his forehead, he shows small signs of contentment.
Yesterday when I accidentally made a scar inside his mouth when cleansing it, he rose up in shock of the sudden pain.
Yet the doc who is in charge has ordered all medical treatment stopped.
No oxygen, no antibiotics, no i.v.
She has promised to give him painkillers, though.
Our entire family is in sorrow at the aspect of loosing a highly beloved father, husband, brother and grandfather.
Watching his pains, seeing him trapped in his body, unable to speak, that's beyond description.
Even so we've had to fight a horrible fight against the doctor stopping the i.v.
His heart is steadily beating 80 strong strokes pr. minute, he's breathing without an oxygen mask, he feels pain, reacts to sounds and light.
Pulling out the i.v. tube will make him die a slow, painful death of thirst.
That's murder.
It's done every day in every hospital in our country.
My mother firmly stood against the young career woman from Germany.
"I've believed in God my whole life," she said, "and I will not let people take my husband's life, even if it's more convenient than having to sit by his bedside day after day. God is our creator, let him also be the one to take us home in his time."
Gee, was I proud of my mum.
It would have been so easy to say "the doctor knows what's best, and dad's perhaps better being put out of his miseries."
It would have been all wrong, though. It would also have been a betrayal of all my father believes in. For four years he has endured the slow decaying of his body after his brain hemorrhage. No complaints, top effort to manage every day problems, with lots of help from my mother and nurses visiting five times a day.
No, he shall neither suffer, nor have his days shortened by some money counting godless health worker.
We fight, mourn, pray, and cling to our Lord's promises. My father has very likely finished his journey on this earth very soon. That I must accept.
When he leaves, however, it must be the Lord's will being done, not any none-caring medic's.
Thanks for all care and prayers. We would not have managed without.
PS. The nurses have been devoted caretakers all the time. They work around the clock to improve their patients' situation. They are neither paid nor appreciated by their employers as they should be.
Lagt inn av Felisol kl. 12:38 am 13 comments: