I FEEL, THEREFORE I BELIEVE I THINK 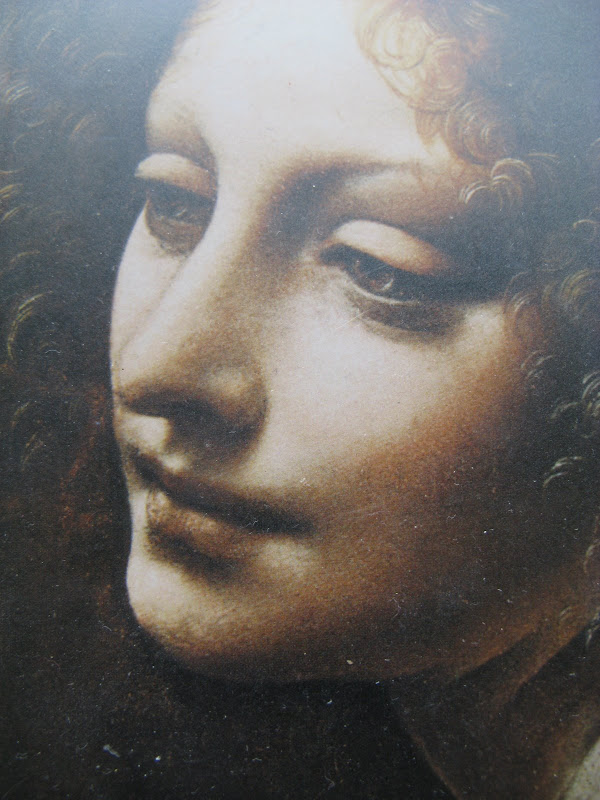 We are all appalled by the pictures from Gaza. In detail presented children being massacred.
That the Hispolla is cowardly hiding among civilians, is barely mentioned.
Nor the fact that they have been shooting rockets at Israel for 8 years.

We are shown crying mothers and dead children.
We cry too.

We never get to see any picture.
We don't feel anything, therefore we don't think anything either.
The censorship is efficiently upheld.
We never even see a picture from a funeral of a dead Norwegian soldier.
So we simply don't think of the hardships young men are enduring in a foreign country.
We need to be informed preferably in pictures or film to be moved, shaken, appalled.
How many civilians lives have been "unintentionally" taken in Afghanistan?
We'll probably never know.
Neither will any bother to ask.

In the Gaza conflict we were flooded by pictures from that three months military intervention at the Gaza strip.
Nobody writing about the history leading up to the tragedy. Of our common guilt.
Just a violent cry for a crucifixion of the Israeli nation.
A local politician called the Israeli army one of the mightiest armies in the world.
There's 7,6 million inhabitants in Israel.

Our brains have been mismanaged with great skill.
Who's gonna give us license to think?
Lagt inn av Felisol kl. 11:40 pm

What you have written here is a great challenge to take back our "brains" and to use them to make informed decisions and take actions as individuals....to speak out when we see injustice, to ask difficult questions and to demand sensible answers...

Dear Rebecca,
I could not agree more.

The world media and political systems only reveal what is of use to them and whatever is conducive to their interests. Very litle truth is "let out".

In India many sting operations go on to uncover hidden truth.

I read about the Isreal side of the story on some blogs and saw some videos too. No one was talking about how many Isrealites had died. Yes that 's true.

Dear Felisol,
What a moving well written post. Your words have stirred my heart. This is the age of minimal brainwork. Sad but true. Even in blogging you can see it. People generally do not like to read long blogs. They want big letters, more pictures... I went to a convent Catholic school run by Belgian nuns for twelve years before I went to university. The nuns taught us to read long chapters of literature books, write long book reports which were torn up if they were not well written... and we had to sit for long written essay exams!

God gave us brains to use, and think with, and decide, amd make wise choices!

Thank you for your beautiful post, Felisol. I always appreciate your writings, incisive, and direct to the point, my heart is always touched each time I come here.

May you have a beutiful Easter!

Dear Lidj,
You must have been a wonderful headmaster of your school.
So cheering and willing to go that extra mile with fumbling students.

I actually was very much in doubt while writing this post.
Didn't want anyone feeling hurt or offended.

The trigger was our local newspaper, always criticizing Israel and turning the blind eye to Norwegians own responsabilities.

Mea culpa, mea maxima culpa.
Not many are thinking or judging themselves these days.

I think the Catholic school would have suited me well.

In gymnasium we also were encouraged to write long articles and read a lot.
I had a good time back then.

Wishing you good Easter days too.
From Felisol

dear felisol...i was just thinking about you and decided to see if you were home or were visiting mom ljung.
this was such a moving post that you put here.
i have often wondered why american soldiers don't get the respect and honour they deserve when they are returned in coffins from the war.
i never realized that it is the same in norway.
in canada when fallen soldiers arrive home, the plane carrying their precious bodies lands in trenton ontario, to the greetings of crowds of grateful people.
then they are driven from trenton to tornoto on the 401 highway, a one hunderd mile trip where all along the way cheering and saluting and waving flags,are men, women and children at the sides and on the overpasses of the highway.
our canadians soldiers are getting their due award.

"As of April 2nd, 2009, Canada has lost
116 Canadian soldiers,
1 Canadian Government diplomat,
2 Canadian Female Aid Workers and
1 Canadian Female Professor from the International Rescue Committee
killed in Afghanistan, while serving their country.
We will not forget them."

just last week one of our local soldiers was driven back home to port colborne. his name was tyler crook and the day he was killed in afghanistan was the day of his 24th birthday.
in almost every port colborne tree there was tied a yellow ribbon.
it was surely a sad day felisol.

you know felisol, never in our wildest dreams would we had of imagined that in fifty years after we had driven along those trenton highways that there would be such tragedy in the world..

still though felisol, it is very, very sad. that most of the fallen soldiers, american, norwegian, canadian, english and even afghanistan and iraqian are merely babies.
war is such a sad, sad thing.
god's own people, the jews are suffering so much.
strange that our canadian papers do not show in detail what your local paper shows of those massacres. maybe if they did, it would bring up the appallation in our own almost cold and hardened hearts, sheer dimay and maybe more prayers would be going up for the peace of Israel.
surely the lord must be coming soon.

felisol...i am going to email you two videos of the "highway of heroes" from you tube....

thinking only good thoughts to you, gunnar, serina and mom ljung, in this easter season....love terry

Dear Terry,
thank you for warm, considerate thoughts.
Gunar and Serina went to see my Mom and bro.
The ME put me to bed,like too often
this late year.
I tell Gunnar I claim to live till I get hundred. I have spent at least half of my life in bed..

Many things can be discussed about the Masters of war.
Israel's undoubtedly right to sustain as a Nation is not one of them.

Nor is the affection and unmeasurable sacrifices of the soldiers laying down their lives with no personal gain to obtain.On the contrary, the surviving soldiers will have to carry the burdens of war with them for the rest of their lives.
They should indeed be honored.
John 15
12This is my commandment, That ye love one another, as I have loved you.

13Greater love hath no man than this, that a man lay down his life for his friends.

Just this week, we saw for the first time, since the Gulf war. The flag draped coffin of a Soldier being carried from a plane and taken away in a hearse. It is now to be the choice of the family if they want media coverage or not.
These young men are Heroes and should be treated as such...to have hidden their sacrifice all these years is a shame!
Moving Post Dear Felisol.
Have a Blessed Easter!
Love,
Trish

I read this post again, and it still moved me. There is such a deep love in my heart for Israel. Last Sunday, the preacher in our church had tears in his eyes as he talked how millions of jews were killed in the gas chambers. It is a demonic plan and scheme to remove israel from the face of the earth. By our active participation, praying for the peace of Jerusalem, satan's plan will not succeed. THere is also a promise of blessing to all those who pray for Israel.

I also dropped by your blog site to greet you a meaningful resurrection sunday.

Dear Trish,
it must have ripped the heart of the mothers, to watch their dear ones not being honored as they were entitled to.
My mother's eldest brother, uncle Bjorn, went to Montana as a 15 yearling.
28 years old he went with the American army to Normandie to fight one of the hardest battles of ww2.
He survived, but always carried heavy memories from his participation in fight for freedom.
When he died in 1993, he was buried at the cost of the USA, with a flag over his coffin,and honor guard.
Exactly 50 years after his sacrifice for the peace.
His Norwegian siblings were both moved and grateful for the honors showed my uncle.
I think no one deserves less.
From Felisol

I've rejected the media slant from every direction for a long time. I don't expect truth in reporting anymore. All we are saturated with is emotion and sensationalism and exploitation now. The more loudly voices protest the manipulation of information, the worse it gets.

I am shocked that your media completely censors the suffering of your own soldiers in Afghanistan and the suffering of their families at home. This makes our squabble over showing pictures of returning killed soldiers seem like bush league stuff. I'm so sorry Fel.

The 'powers that be' do not want us to know the Truth about anything. Evil really only can be done in the dark, not with the whole world watching. I fear we really do know nothing of what is going on behind closed doors with the governments of our world...I think we are in for NASTY shocks in the future. But we have Higher places to look for the truth.

Blessings to you and your family this Easter.