Some shots from the broad range of music, vital in our lives. 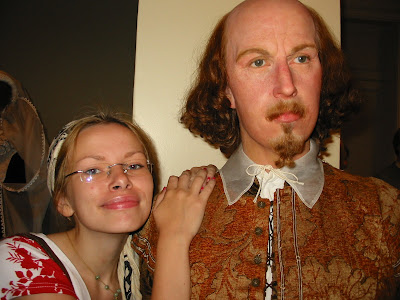 If music be the food of love, then play on.
William Shakespeare. 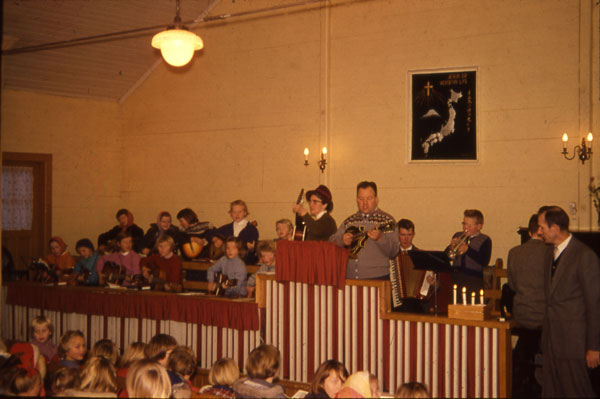 From my beloved Sunday School. Yours truly playing guitar, back, third from the left. There was a pinoplayer as well in this joyful assembly. 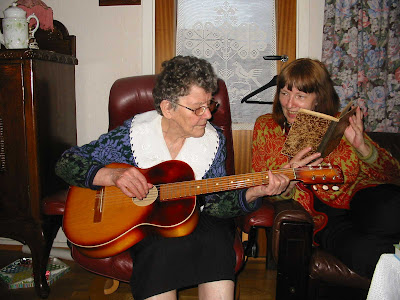 My mother playing the same guitar just a few years ago. I'm holding her written song book from the 1930ies. 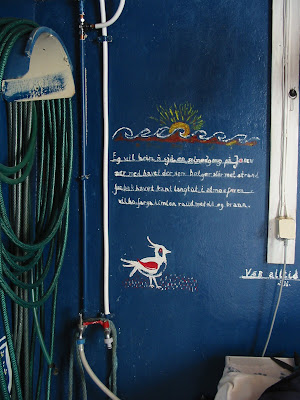 My mother is longing back to her scenery of her birthplace. In the washing basement she has painted a song about her beloved Jaeren. 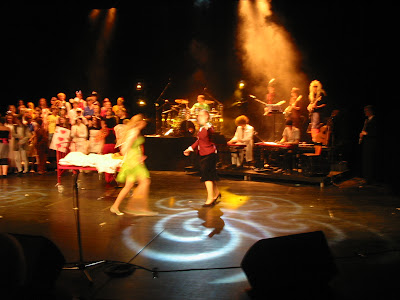 Serina always attended a ten-sing choir. Lots of fun and lots of work behind their annual shows.
This time they had been allowed to write their own roles. Serina's natural choice was Tinkerbell. 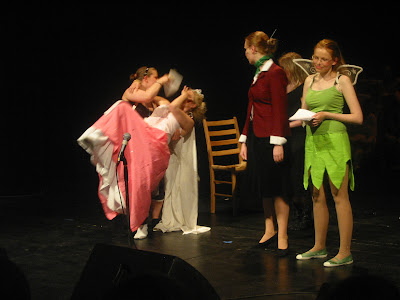 She seems to be a little shy as Drama Queen s acting out. 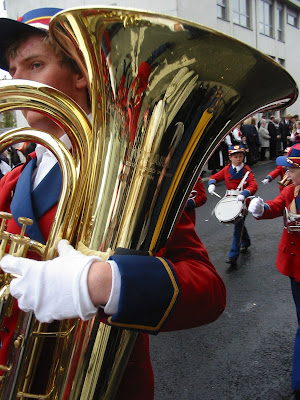 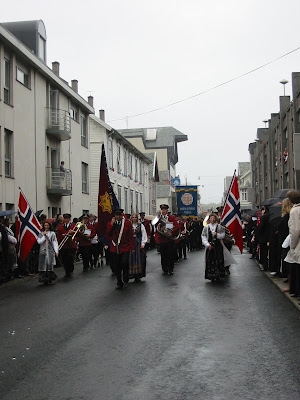 Salvation Army's band is always walking in front of the school were Gunnar was a teacher and Serina a student. 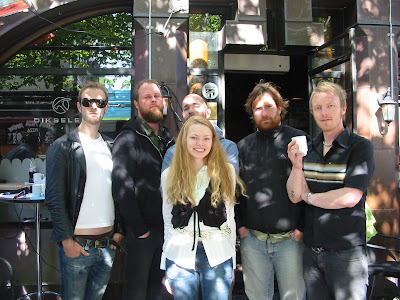 Serina posing with her favorite rock band. She was interviewed on the local radio, being a "blood fan". 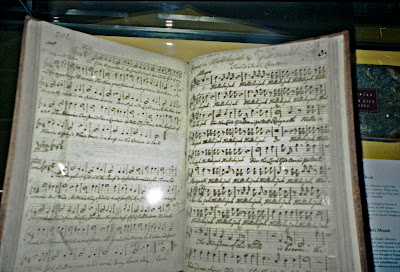 In the crypt of St. Patric Church, Dublin. Original music to Händel's Messiah.
The story , the wonder of how Händel came to write Messiah, and the way it was first performed in Dublin with great help of Dean Jonathan Swift, is one of the most moving "true stories" I know of. 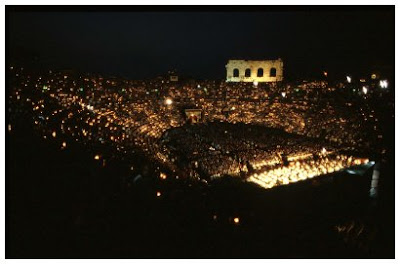 Arena,Verona,Italy 2001. The great Verdi Jubilee, we attended The Nabucco. Va pensiero or The Hebrew Choir still makes my tears flow.
Back then, a warm summer's night with a full moon and the public holding candles.
I know of no word to describe the magic beauty. 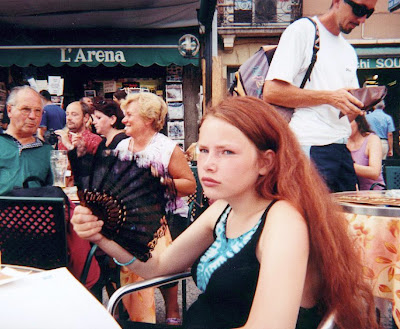 Serina, 13, waiting at the Café L'Arena before the concert. 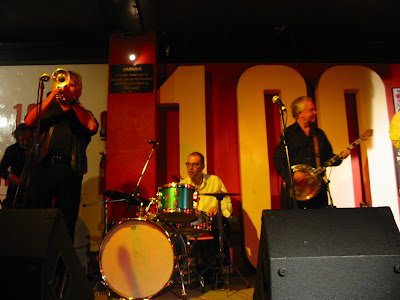 Eleven friends went to London to celebrate the 110th birthday of Turid and Björn.
We all like jazz and went to the 100 club in Oxford Street. 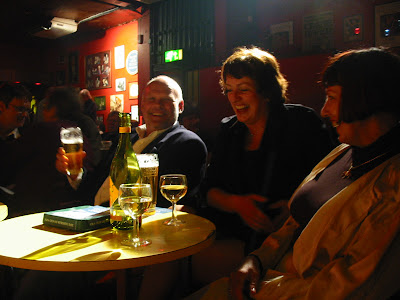 Elisabeth and Haakan of course knew the band from Herring jazz back home. 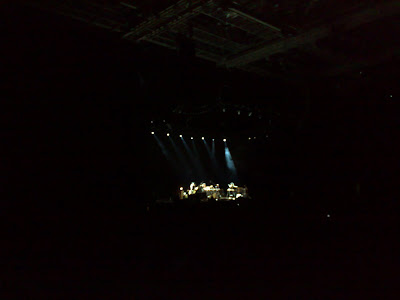 Bob Dylan in concert, Oslo 2009. A civilized audience were charmed by "His Bobness" playing old and new stuff. The legend on his never ending tour. Go see him while you can! 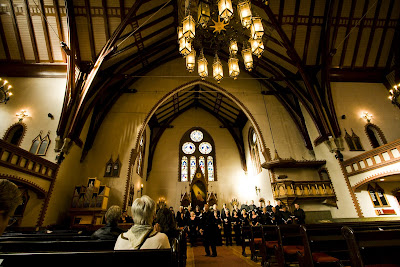 Aunt Sigrid and her choir in The Church Of Our Savior, Haugesund 2008. 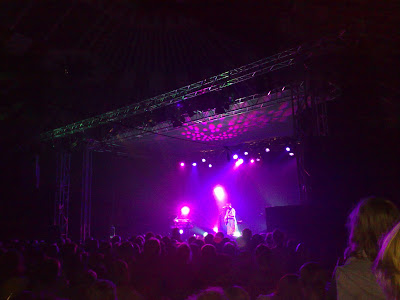 Sinead O'Connor in Vikedal 2008. She was pure Irish magic. 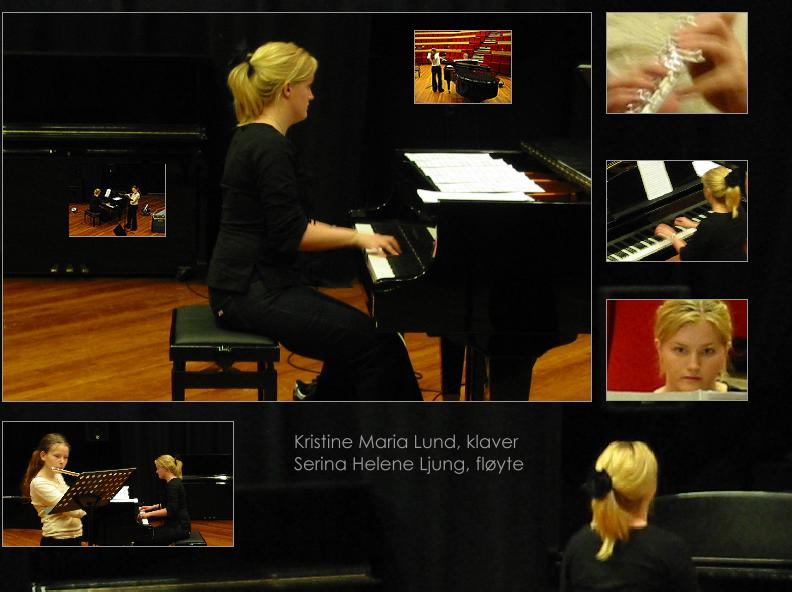 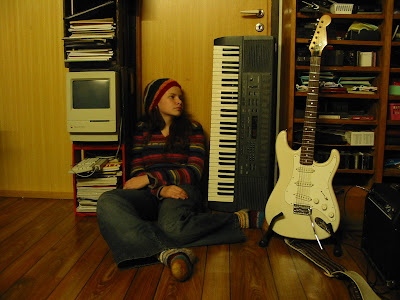 Young Serina admiring dad's instruments, and the Vox in particular. 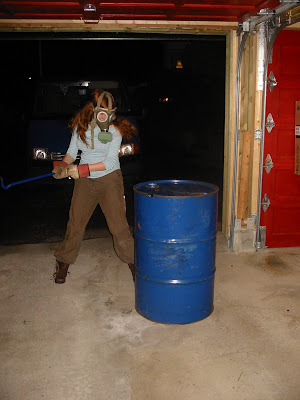 Serina managed to get an empty petrol barrel from her idols, The Kaizer's Orchestra. It should be played the way she does. With worker's gloves, a crowbar and a gas mask. 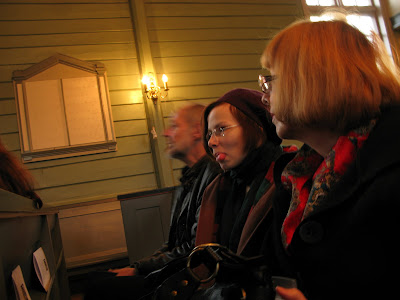 In Sauda Church last Christmas. Nothing is dearer than the old Christmas carols, sung together. 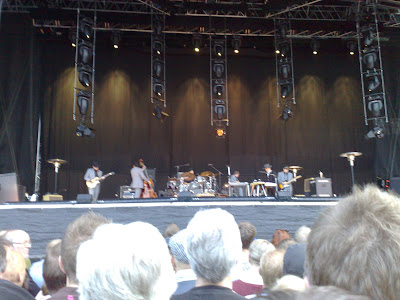 Bo Dylan on an outdoor concert in Stavanger last summer. Did the old man rock! 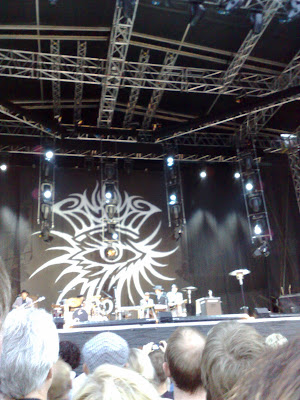 He shook the entire football stadium. 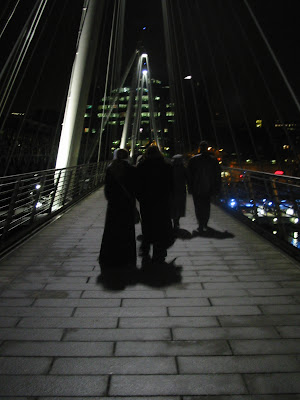 Serina and I walking home after attending a Midsummer night's Dream at Royal Festival Hall, February 2005. 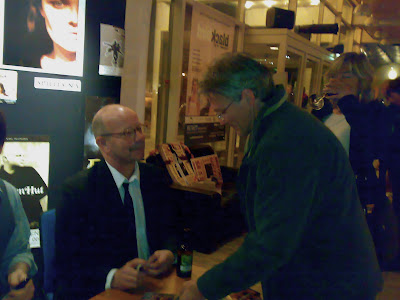 My Cousin Björn Ljung, sun of my late uncle Leif is a poet and a teacher. He wrote a beautiful poem about The Two Old Ones and dedicated it to my father's memory in the local paper.
Jonas Fjeld composed a melody for it and while watching over his father dying in Haugesund Hospital, Björn wrote a refrain for the poem.
This spring Jonas Fjeld and The Chatham County Line from N.C. played in Haugesund Concert Hall. Gunnar and I were invited along with my cousin and his wife. If there ever was a moment of eternity was when they played Björn's song.

Who haven't fallen in love with Mikis Theodorakis and his music. especially Zorba The Greek.
Serina and I fell flat on a Greek restaurant, Serina being 6 years. Later we went to Crete and heard the music of Theodorakis all over the island. In Sauda, the little tiny factory town deep in the Boknafjord we heard Theodorakis live for two years in a row. The Easter of 96 and 97 the composer and conductor himself performed in Melting Hall 3 for 1200 people. Gunnar, Serina and I were there, tucked in scarves, mittens and thick jackets. An experience for life and further on.

Wow! So much entertainment here. :D

Holy Mother! Where to start? Your beautiful daughter and her changing hair color; your mother and her beautiful hands; the creativity that flows through the generations of your family; a touch of Bob Dylan!; and Zorba. I have not thought of that lively and enchanting music in literally decades. Marvelous. I have dancers connected with white hankies dancing through my mind as I head off for bed.

My dear Felisol,
Your post today was a feast for me! I am totally in love with European culture, classical music, Shakespearean and Elizabethan era poetry, and all the sights and scenes that you showed in the photos. I watched the video of Zorba the Greek and ended up laughing together with them. and the two other videos as well... the painting of your mom on the wall, you and serina walking home from the theater...

And Bob Dylan! Who can't love the man, with the songs that never die?

I must tell you something. When I was a student in university, my one dream was to marry an Englishman. There is something about Europe. Well, of course, God had other plans. And Ernie is the best thing that ever happened to me.

So the time when I was able to attend a one month retreat up in the Swiss Alps in the Ticino canton, I was in unspeakable joy. Had a stopover in Frankfurt, a lovely train ride through the Swiss cantons from Zurich to Locarno, the cable car rides, the hikes up the mountain sides of the Alps near the Italian border...

There is something about Europe, Felisol.

I know I will see more of it in Heaven someday.

Thank you for your post, it brought so much joy to my heart

oh felisol!
this all looks so exciting!
it has been so long since i have gone to a concert,
i would really love to.
i was wondering what mom ljung wrote for her beloved jaeren?
your sunday school is huge and how great that the young and old are all there.
mrs. montean, a lady at the church says that this is how it should be.
the sheep and the lambs all together...the older and the younger!...the WHOLE flock!
felisol...
your mother looks so cute, playing the guitar,
i have both a guitar and a piano but since i am not teaching piano anymore, i have gotten awfully lazy about playing it and i think my guitar is in the attic somewhere.
oh these simple things of joy that i have been neglecting!
this post gives me a hunger to get at it again!
serina IS a true drama queen felisol...she is just stunning!
oh the beautiful hair that she has in the picture of her when she was 13.
ha!!! that rainless parade looks just choice!
we used to have the salvation bands playing every sunday in the park but they are forbidden to now felisol...just a real shame if you ask me!
nothin' like posing with your hero band like serina is doing.
you know i used to do the same thing when i went to the southern gospel concerts felisol...ha maybe i should do a post about it!
sometimes i am just too bold for my own good!
i will have to come back again later and read this exciting post more felisol.
it has so far made my day!...love terry

Felisol,
What an awesome event! Such wonderful talent in one family. You are all blessed. I particularly like that your mom painted in her washing basement...I think that is a lovely thing.
regards,
Eaton

For many years I joked that the only thing I could play was the radio! How I ended up with a son who plays guitar and keyboard is beyond me! My Great Grandfather was a musician (my mother's side) but that's it! I always wished I could play an instrument or sing beautifully. I guess some of us will just have to make a "joyful squawk" unto the Lord!
Ha Ha!
Connie

music and smiles ... the world's glue unifying hearts together. I like the picture of your mom's song painted on her laundry room wall. Perhaps I will rent Zorba this weekend and think of your beautiful post.

Loved the musical blog and the musical memories in the photos. All of you are musicans....guitar, flute, keyboards WOW! Pretty Princess Serina looks very charming

I enjoy the music of Zorba he Greek, but unfortunately I have not seen the movie.

How is Gunnar doing?

Wow! What an awesome range of styles and wonderful photos. Music really is magically healing and inspiring and wonderful. I saw Dylan in concert years ago. Glad you got to see him. I like what Annie said. Ditto... except that I don't have visions of dancers with white hankies...

Oh, Felisol...I so enjoyed this Post. So much culture and beauty in your life and those in your family!!
And I absolutely love the picture of your Mom's painting on the wall...wonderful memories!!!
~hugs~
trish

you guys are true fans of MUSIC ... look at that rich variety! :o)

blessings on your spring ... you cuddle up with that blanket on your porch and keep enjoying the long long summer days there in your norway!

((hugs)) to you and your family - and thank you for your encouragement and prayers on my behalf (and my families!) ... you are a treasure ...

I was on that Bob Dylan concert in Stavanger! Hehe! And I also love Kaizers Orchestra. I lived next door to Jan Ove for a while, at Bryne. He came to my door drunk one night, him and a few others, with a guitar, playing for beer. I didn't have any for them. Too bad.

Thanks for commenting nice things on my blog. Especially on the post that's really about me. I needed some feedback on it. Shhh. Don't tell. And don't worry. Nothing will happen. I really don't have a choice.