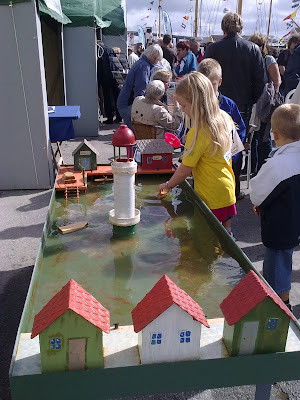 According to Homer the swineherd Eumaeus was the first person who met with Odysseus and his son Telemachus as they finally returned to Ithaca.

Jame Joyce let his two alter egos, Leopold Bloom and young Stephen Dedalus enter an old, somewhat dirty coffeehouse, after being saved out of the claws of Circe and her maids.
The inn keeper was said to be the once so famous Skin-the -Goat, a member of the invinsibles. The legendary gang who stood behind the successful and gruesome murders in the Phoenix Park.
They became heroes among the common Irishmen, but most of them were caught and hanged. 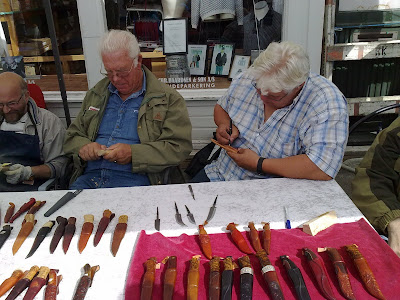 "They used knives. Knives are not an Irish weapon. Maybe they were Italian," Bloom wondered.


Dedalus is encouraged to drink some strong, obscure coffee brew to sober him up, and also try eating " a roll of something".
"Liquids I can eat,"Dedalus answers laconically. James Joyce

They soon also meet an old sailor who seeks their company to do what old sailors are best to. Overwhelming an audience with weird experiences and a
firmly timbered view of life, society and politics. The long months and years in crowded cabins at sea are the sailors finishing schools. Many never made it to the end though, kept floating among pubs in the brackish water close to the docks. 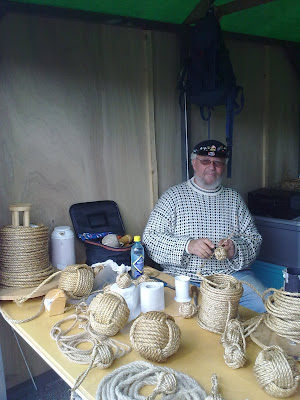 "His Eyes were thick with sleep and sea air." James Joyce 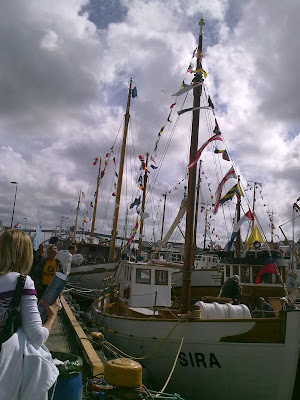 For a long time the conversation takes up various Irish topics. The betrayal of the Church (esp. considered Parnell, who almost gathered enough voices for Home Rule for Ireland, but was garotted by his own, for having an affair with Mrs. O'Shea.One of the saddest moment in newer Irish history.) The exploitations of farmers, and for that sake Irish land, used for export and high income for English noble landowners. Shipwrecking of tallships (on the one cliff of the huge Galway Bay) to crave insurance, and loss of work places for the Irish.

Jews. "He took umbrage of something or other, that muchinjured, but on the whole eventempted person declared, I let slip. He called me a Jew and in a heated fashion, offensively. So I, without deviating from plain facts
in the least, told him his God, I mean Christ, was a Jew too, And all his family, like me, though in reality, I am not. That was one for him. A soft answer turns away wrath." James Joyce 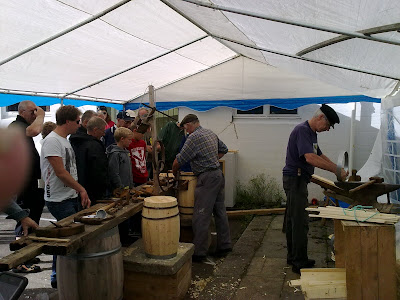 Both Joyce and Bloom are heavily influenced by their contemporary majors. Freud's and Darwin's ways of thinking are evidently coloring the conversation.
Joyce has many almost prophetic statements from his own bosom as well.
"Turks, it's the dogma. Because, if they didn't believe they'd go straight to heaven when they die, they'd try to live better.At least so I think". James Joyce
A striking pendant to the suicide bombers of today. 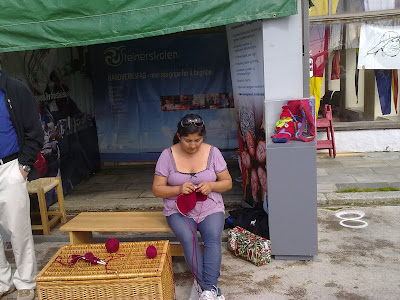 With Stephen having nowhere to sleep. He was locked out of his tower, and gave his last money to a beggar, Bloom invited him home to the later famous house in 7 Eccles Street.
I presume next chapter will contain a meeting with Molly, Bloom's Penelope.

All pictures are made with my cellphone cam at the annual Harbor Days in Haugesund,

You are amazing me with your ability to illustrate Ulysses!

three whittlers
at work with their knives—
sharp magic

these are such a nice grouping of pictures. Looks like it was a great day. I loved the rope balls

You did really good, Felisol! I love your presentation. And the picture of the girl playing in the water is precious!

I would like to think like James Joyce. He seemed to be sensible as you described him.

Happy Ruby Tuesday!
..
I'm getting back into the swing of things. Today I have boating on both blogs.
The Little Photo and Picture Place invokes Poseidon in my short story.
The Little Blog has a red sail boat from Copehnagen.
..

The seafaring Norwegian is seen well here. The water, sky, masts and red flags give us a glimpse of the old and modern of the water - which never changes. The knives are necessary for the sailings, and the captain looks so much the part in his heavy seafaring sweater and white beard. Nice post of a lovely Norway surrounded by salt water...

A wonderful series. I have been to Sweden a lot but never to Norway. Hope I do one day.

I enjoy reading your summaries of Ulysses so much that I honestly must find a copy and read it! The way you describe it is so intriguing, you have a wonderful way with words and uniting them to your charming photographs Felisol!
Have a great day!

What a fascinating series of photos. How interesting that the boat is called Sira, that means "boat" in Hebrew.

"CELL PHONE CAMERA???" Holy Cow, Grrrl, great shots! I especially like the one of the boats. :)

Do you like the one of the coopers too. With my left index finger on it?
Those cams are small for old arthritic fingers.
But my was I glad, I had my cellphone with me, as Serina and I stumbled over the Harbor Days on her next last vacation day.
We were stopping for a cup of coffee at the quay and found this festival.

The arts and crafts of Norway are so earthy an d practical , I like the big cane basket. You can get those here in the hills.

The seafaring culture of Norway is unique.
Last weekend I watched the movie Troy on cable. Really liked it.

I think you should turn these posts into a companion book for the novel. It would be so much more interesting with your images and thoughts for someone trying to read Ulysses. :)
Perfect images!

i love your stories ... your posts are always so interesting.
My Ruby Redness

Very interesting read. Love the photos with it. Aren't Cellphone camera great.
My Ruby Link for you

interesting shots! your cellphone cam takes quite good picture. have a nice week!

"Turks, it's the dogma. . . . A striking pendant to the suicide bombers of today.

I found these lines chilling, Elise. Chilling and insightful. Your Ulysses chronicles continues to engage and fits so well into the 21st C. He's truly timeless.

I loved the jute fisherman 'balls' pic; wound ever so tight! Great pictorial illustration to go along with Ulysses #20. You have broadened my horizon :) Thank you!

dear felisol...i just showed bernie your phone camera pictures and he agrees with me..they are so colourful and clear and good!
when i replaced my old fido phone, i got another fido phone with a camera and it is really neat!
felisol, do you have an option on your phone camera that lets you play a slide show with music in the background?
i discovered by accident that ours has that and i guess it is a common thing because i then tried it on my sony digital camera and i got a real good slide show!
ask gunnar..
love terry

I love how you illustrated your write-up with photos containing ruby reds. Nicely done! Thank you.

Dear Terry, My cellphone is an old Nokia model," Nokia 58000 x press music". So, yes, I know I can download lots of music on it, but I doubt I'll do it. My old i-pod still has lots of space left, and that's where my favorite music is stored.
One just has ignore all new possibilities popping up. Everybody is now all into i-phones. I don't think I need one. My old Nokia, my PC and my i-pod shall not be wrecked, even if there's a new and smarter devices.
It never ends, only my bank account will not sit on this carousel any more.
I must add; I am slowly adapting to manhandling my Powershot 11.
Great fun to experiment with a camera without expensive film in it.
Gunnar is my patient teacher.
These days we have made lots out outdoor photo shooting.
Fabulous hunt.
I love learning new skills and techniques at the age of 60.
I think we feel the same about that. Only you are a decade ahead of me both with photos and PCs.
Isn't it lovely being busy being born??

dear felisol..i have emailed you a few times and it just doesn't seem to be getting through!
felisol, i haven't got an i phone or even a ipod.
my phone was so cheap..it does have a nice camera on it and the music i don't even have to download it. when i put on the pictures i have taken on slide show when i put on options then the music plays while the pictures go through. i am not smart felisol..i just discovered this by accident!
bernie has a noika phone camera like yours and we tried after i had written my last comment to you, to get a slide show on his camera.
it doesn't have that feature and yet that old phone camera takes much better pictures than my new one.....go figure, eh?

mom golden is feeling so well now and her blood is perfect!..thanks to the lord and thanks to so many prayers going up!

take care and i will have to see what is ailing my computer!...love terry

Hello my friend...I have been without a computer for 2 weeks! It is so good to be in touch with the world again.
As always, your photo's delight me and to think you used the camera on your phone!!! I need to experiment with mine and maybe, just maybe, I could do half as well.
Love,
trish