Yesterday was July 22nd.
A year ago Norway lost her innocence to a terrorist that day. He hurt us by attacking all we hold for dear and sacred. He bombed the government building and killed 8 people there. It happened only 500 meters away from the Royal Castle. He came dressed as a policeman, went over to an island with a car filled with weapon and for two hours he chased and slaughtered 69 youths there. There were no weapons on the island. One policeman was present as an unarmed, voluntary guard, He was among the first who was slaughtered in front of the eyes of his son, 11. 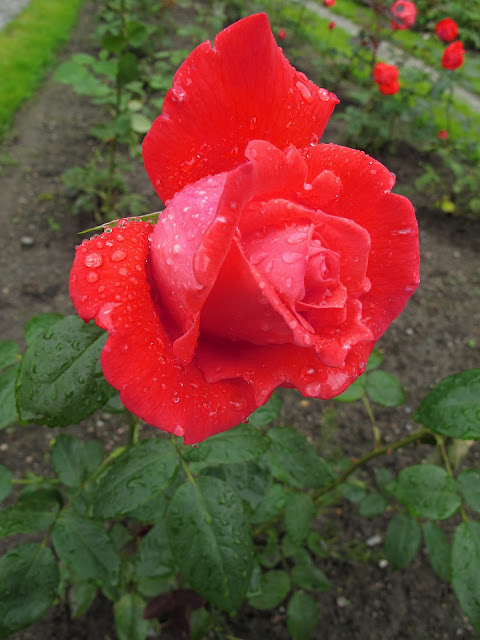 Our little family were away for a theater weekend in Rosendal. It took awhile until the news reached us in its full horror.
The day after, the 23rd, the little town was all silent and awestruck.
It rained. We went up to the Barony and did the only thing sensible to us, photographing.  Trying to catch the sinister mood.
In all towns of Norway people gathered in silence in front of churches and town halls, placing candles, roses and greetings to express their sorrow. Every county in the land had lost some of their priceless youths. The horrors the survivors could tell about were simply too hard to understand. 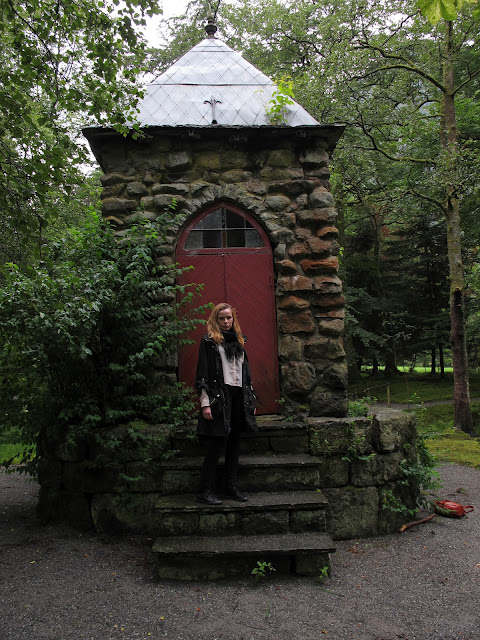 Did someone fail? Many, I guess. The police and  the armed forces in particular, but also the politicians responsible for making  anti-terror plans in general.
The terrorist was one of our own. A right extremist who in his wicked, reckless way wanted to keep Norway "clean and Aryan".

Some did grow beyond belief in this year. Our king and his family, shared our pains. The crying king is forever burnt in my mind.
Our prime minister also stood forth from youth to man in a few short hours. He set aside his own fear and security and traveled  restlessly from north to south to care for the surviving victims and the relatives who had suffered losses beyond healing.
Politicians in general grew. They did not try to score political points on this massacre, but stood together in grief.
Since this was an attack on our democratic system, the court of law also grew.
They have done their utmost to treat the perpetrator fairly and with the respect our law gives to every Norwegian citizen. 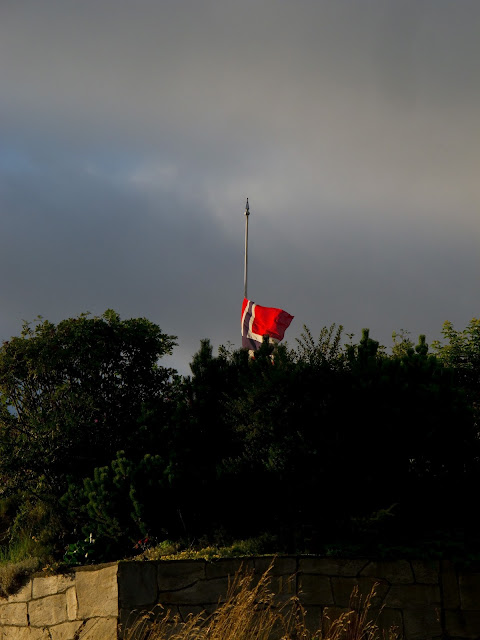 The people of Norway grew. With one voice we decided the the terrorist should not succeed in spreading fear and hatred.
The weapons given us were oceans of roses, thousands of candles, and songs. Our finest songs were shared and new were written.
Floods of tears and hugs were shared, also through the long trial this spring. The terrorist argued that Norway had become a communist nation, since children were taught the Norwegian version of Pete Seeger's" My Rainbow Race" in kindergartens. The next day the streets were filled with grandparents, parents and children singing that very song, holding roses in their hands, while marching towards the court house. They stuck their roses in the fence surrounding the court house. 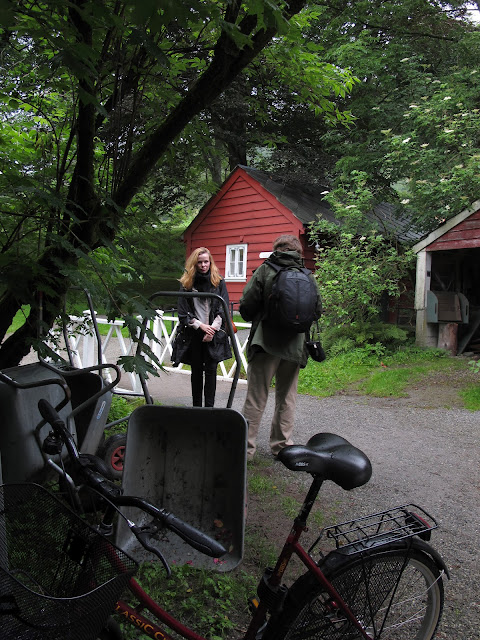 The Church of Norway grew as a focal point where people huddled together in pain. Ministers were challenged to meet with bottomless sorrow and bewilderedness day and night. One minister lost his only son at Utoeya. He still managed to be there for others. In Norway it's the ministers, not the police, who are contacting families who have experienced unexpected deaths. 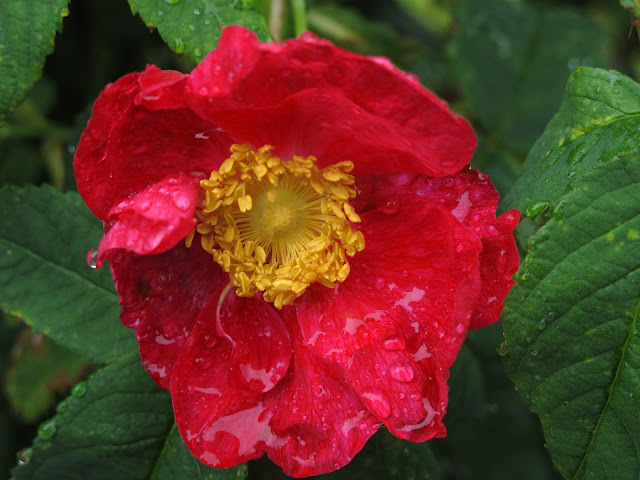 Yesterday, a year after the attack on our country's democracy and innocent youths, people were gathered in churches all over the country for memorial ceremonies. A huge concert was held in front of Oslo Town Hall. Our finest artists contributed and as a surprising gesture from the man born in the USA, Bruce Springsteen sung "We shall overcome". We shall and we will. The wound hasn't stopped aching, but the hope, the will, the roses, the candles and the music will win in the end. Life over death, love over hate. 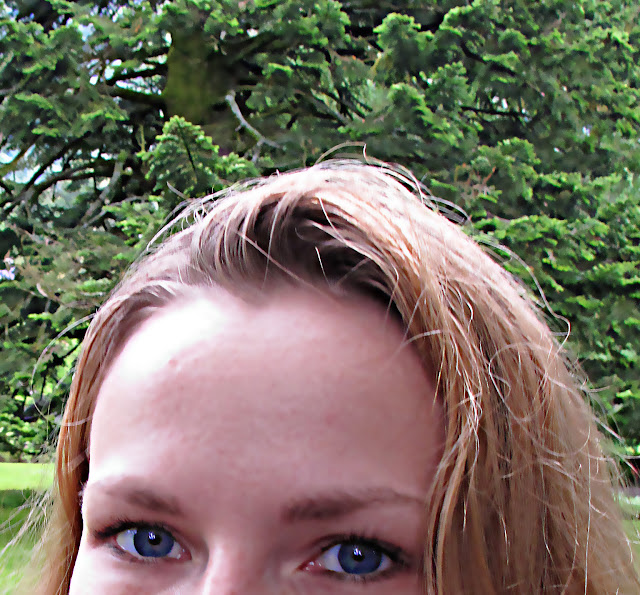 We live in godless times it seems - to lose family, friends and neighbors in senseless (and not so random - the mayhem was planned) violence cannot be fathomed by us mortals. The societies all over have turned away from the one true God and peacemaker -and life seems not so sacred and lacking value. Your pictures though show us that life and faith continue from generation to generation. The families' losses continue but can citizens learn from these sad events and grow together? It seem so, yet we pray that it lasts...

I was reminded of this one year anniversary by a distant cousin who was there on the island during this tragedy. She survived hiding in a latrine.

In the US, we've experienced another horrific act in a movie theater. Many people lost their lives and many critically injured when a young man opened fire during a midnight showing of the new Batman movie.

Yes, there is evil in our world. That's what sin does.

May we be the light of Jesus wherever we go. May they see something different in us so we can share the Gospel and give Him all the glory.

I thought of your cousin yesterday.
I think she must have had a horrible year. Not a day without the media have brought some news from Utoeya or the trial.
Midst in the storm the church has become a place of comfort to many. That I find great. One might believe that people had turned away from God after such horrors.

A powerful post and a beautiful tribute to those who suffered in that senseless tragedy! That last photo of eyes is very dramatic!

a story of horror, unfortunately taking place all over the world as I write....your words were so lovely, interspersed with such dramatic photos....and Norway sounds like a nation of togetherness.....

Very Haunting photographs of a very sad day.My thoughts & prayers are with Norway today.Especially those directly impacted by the tragedy.
PS
Love & prayers to you & your family for the loss of your Aunt.

Your words are powerful. I remember so clearly when that tragedy happened, and how people didn't expect it would be one of their own.

The flowers are beautiful and poetic.

A sad reminder too of what evil man is capable of.
I admire the heroism strength and unity of the people of Norway.

Your photos are lovely, green rain drenched nature and Sernia looking so beautiful, like a rose.

thank you for this honoring so bittersweet...your fallen roses.
your ability to speak to growth and realignment of purpose and compassion lifts the edges of deep deep sorrow.

I nice post, Felisol. Yes, that was a very sad day for Norway. We too have had a local 'terrorist' active here this week.

Most cheerful thing on this post is the group of Serina pictures. She is pretty, very smart, and a special daughter to you. God has blessed your family.

a powerful post and tribute to your nation and the losses and growth you have sustained over this past year. May the horrors of this life turn us and our nations ever closer to our God.

I remember that painful day quite well, for my own tears fell for a nation who had to come to terms with the losing of its own innocence, it is really a kind of rape isn't it?

But we won't lose hope, rather we will continue to look to the day when God will wipe all our tears.

I just came across your blog...I am so sorry for the loss of innocence for your country.

Praying for healing and restoration from such brutality.

Your words speak truth, pain, remembrance, community welfare, sadness, hope, love, healing and the reminder that evil is present in the world. God's love conquers such hatred and evil ... giving His people a place of refuge. May your nation continue to grow stronger in faith as the deep wounds are stitched together one at a time by God. Hugs and love,

How well you have expressed the emotions and feelings of that sad day in Norway, and for us in the U.S. as well. We have had so many of those days in our country, and it is mind boggling to see the grief and heartache it has caused.

I thought your pictures and your Norwegian flag at half mast were such a tribute to the sadness and also the words of encouragement and hope of the Norwegian people as they stood together against such evil.

Beautifully said in both words and photos.

I don't and will never understand what motivates people to take innocent lives. Such sad times.