Midst in the infinite wonder of motherhood, she sat quietly in the dusk nursery, humming and rocking her firstborn to sleep.
A sudden chill filled the air, as a blur figure materialised beside the mother. Bending over the cradle, she, of a sudden, revealed herself as the thirteenth fairy.
In a cracking, but distinct voice, sounding like an unforgiving curse of the doomed she proclaimed: 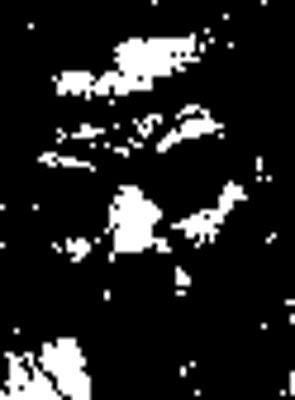 "May the baby give you as much sorrow, anger and despair as you yourself have caused."
The innocent, newborn infant opened its blue eyes, and chased all evil away.
For awhile.
The mother was left in eternal fear.
The spell had cunningly been engraved in her heart,
ensured to haunt her for the rest of her life.
Until she one day realised:
"But I never was really bad. I've never willfully harmed anyone. That label was deliberately put upon me by someone, trying to hide her own hatred and defeat.
I am free.
My fragile treasure is saved!"

And I am sorry to hear your father is ill. You and your family remain in my thoughts and prayers.