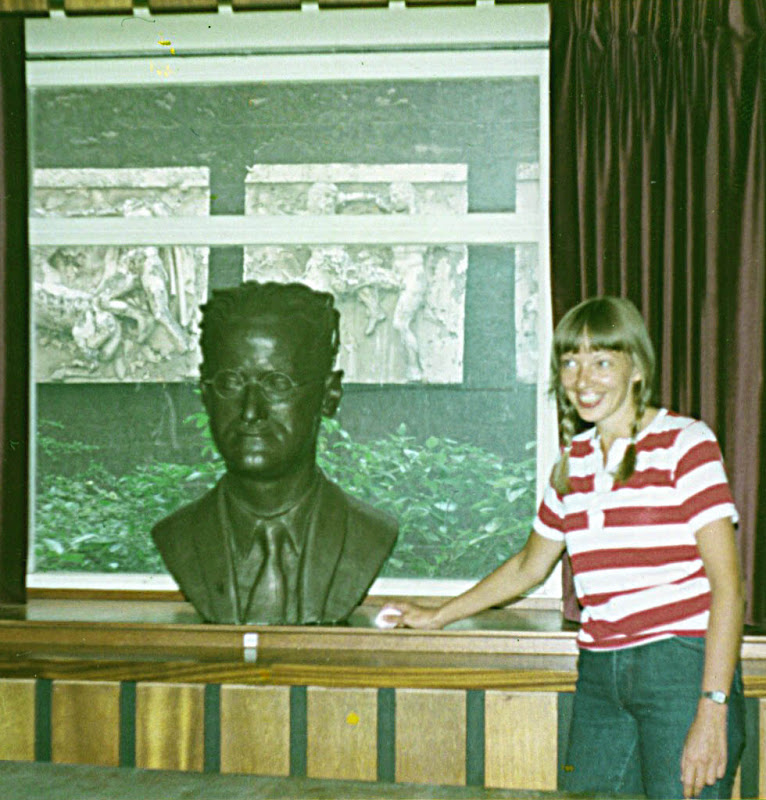 Ireland 1982. James Joyce and yours truly at the National Gallery of Ireland.I tried my best, to connect. As you will see, he's an elusive guy, not easily caught.

"In Homer's The Odyssey, Odysseus is warned during his journey into Hades by the ghost of the Theban prophet TiresiasIthaca. If the Oxen of the Sun were harmed, Tiresias foretold the destruction of his ship and the loss of all his men. Circe also prophesied this fate. Upon reaching the island, OdysseusOdysseus'sHelios was so outraged that he threatened to bring the sun to Hades rather than Earth unless he had revenge upon the crew of Odysseus. Helios's will was immediately appeased and as a sign, the hides of the cattle began to crawl about and the meat began lowing like cows. For six days, the cattle were slaughtered, but on the seventh, the winds changed, and the fate of the crew was sealed." to leave these flocks unharmed if he wished to return home to ordered his men to avoid the island at all costs. His men overturned his rule and landed after each swore not to harm a single head of cattle or sheep. After a month of unfavorable winds and the exhaustion of all rations onboard, crew slaughtered some of the cattle while he slept. " Acknowledgments; Wikipedia.

The Odysseus of the 20th century, young Stephen Dedalus and mature Leopold Bloom meet at the National Maternity Hospital in Dublin accompanied by Dedalus' old buddies from the tower.

They are all waiting for the earlier mentioned Mina Purefoy to give birth the a child. She has been in labor for three days.

This chapter is also at least three dimensional.
First and foremost it's a praise of life and of women giving birth to new lives. Joyce is all sweet, soft and realistic at the same time when he describing the strive and blessings of motherhood. 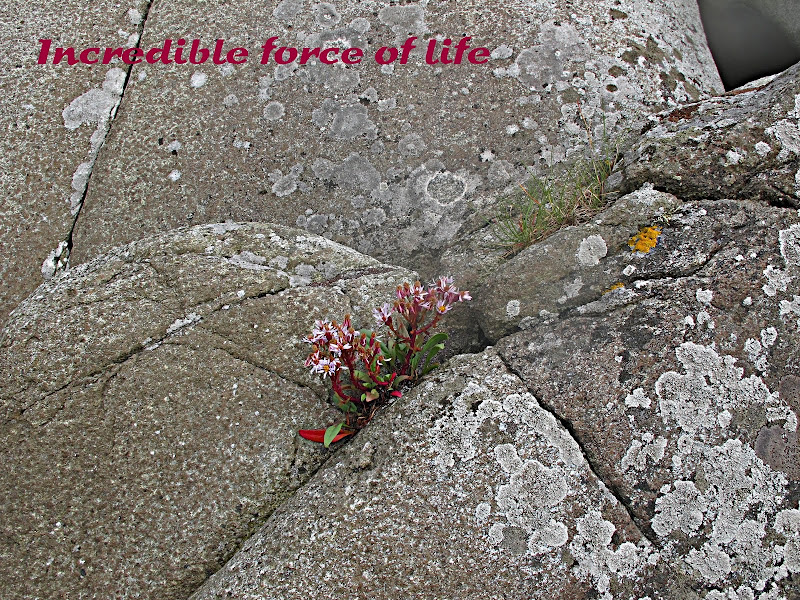 "It is not why therefore we shall wonder if, as the best historians relate, among the Celts, who nothing that was not in its nature admirable admired, the art of medicine shall have been highly honoured. Not to speak of hostels, leperyards, sweating chambers, plaguegraves, their greatest doctors, the O'Shiels, the O'Hickeys, the O'Lees, have sedulously set down the divers methods by which the sick and the relapsed found again health whether the malady had been trembling withering or loose boyconnell flux. Certainly in every public work which in it anything of gravity contains preparation should be with importance commensurate and therefore a plan was by them adopted (whether by having preconsidered or as the maturation of experience it is difficult in being said which the discrepant opinions of subsequent inquirers are not up to the present congrued to render manifest) whereby maternity was so far from all accident possibility removed that whatever care the patient in that allhardest of woman hour chiefly required and not solely for the copiously opulent but also for her who not being sufficiently moneyed scarcely and often not even scarcely could subsist valiantly and for an inconsiderable emolument was provided.

To her nothing already then and thenceforward was anyway able to be molestful for this chiefly felt all citizens except with proliferent mothers prosperity at all not to can be and as they had received eternity gods mortals generation to befit them her beholding, when the case was so having itself, parturient in vehicle the reward carrying desire immense among all one another was impelling on of her to be received into that domicile. O thing of prudent nation not merely in being seen but also even in being related worthy of being praised that they her by anticipation went seeing mother, that she by them suddenly to be about to be cherished had been begun she felt!

Before born babe bliss had. Within womb won he worship. Whatever in that one case done commodiously done was. A couch by midwives attended with wholesome food reposeful cleanest swaddles as though forthbringing were now done and by wise foresight set: but to this no less of what drugs there is need and surgical implements which are pertaining to her case not omitting aspect of all very distracting spectacles in various latitudes by our terrestrial orb offered together with images, divine and human, the cogitation of which by sejunct females is to tumescence conducive or eases issue in the high sunbright wellbuilt fair home of mothers when, ostensibly far gone and reproductitive, it is come by her thereto to lie in, her term up."
James Joyce 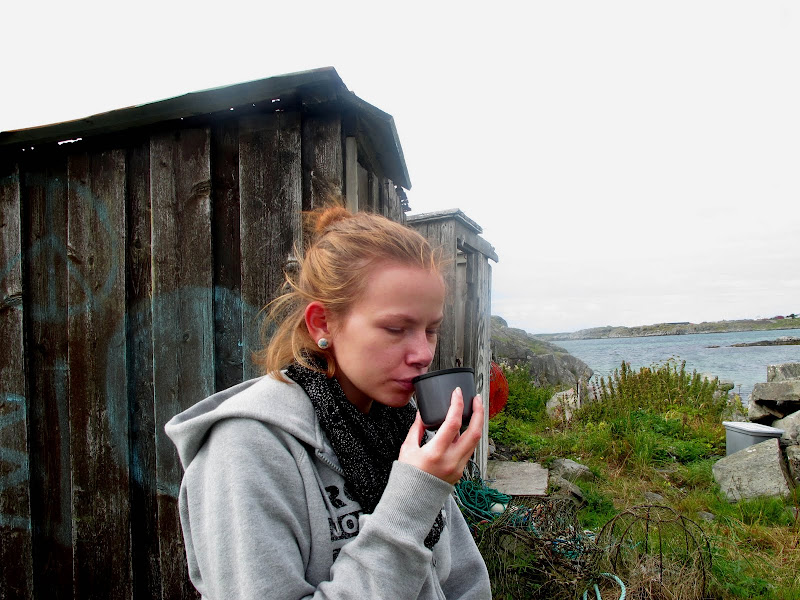 My baby drinking warm coffee on a rather cold August day

The words of Joyce are reminding me of my favorite psalm 139:
"13 For Thou hast made my reins; Thou hast knit me together in my mother's womb.
14 I will give thanks unto Thee, for I am fearfully and wonderfully made;
wonderful are Thy works; and that my soul knoweth right well.
15 My frame was not hidden from Thee,
when I was made in secret, and curiously wrought in the lowest parts of the earth.
16 Thine eyes did see mine unformed substance, and in Thy book they were all written
even the days that were fashioned, when as yet there was none of them." 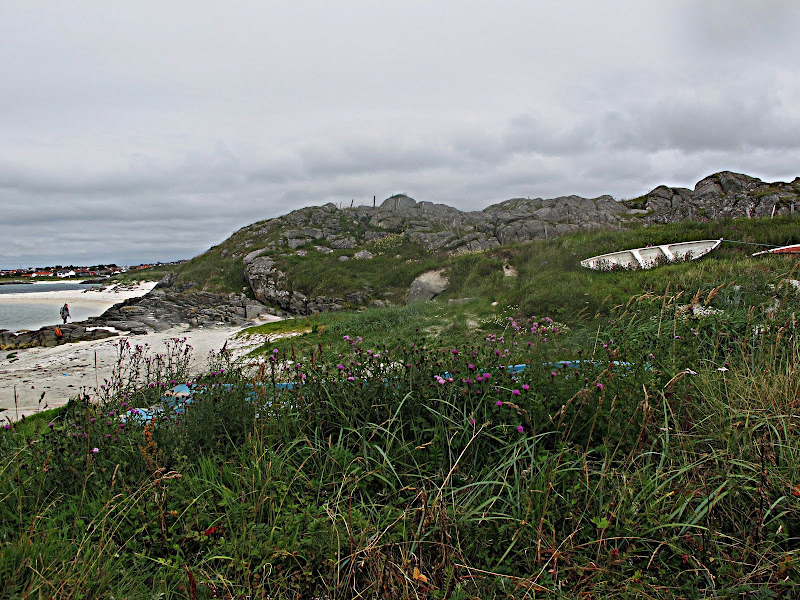 Our wonderful four hour hike on the beaches yesterday. Ittacha of Norway

Joyce is very upfront and personal, when talking about the excruciating pain by loss of his only son, Rudy.
The chapter is also a tribute to the English language. Joyce is joggling with quotations and styles from various authors, Dickens, Defoe, Bunyan, Shakespeare (as in every chapter), King James' Bible, Goldsmith, Malory and many more.
In a surreal scene old Bloom is trying to help and save his younger self, Dedalus. He's referring to them as Sir Leopold and Sir Stephen.
Furthermore Joyce is using Gaelic, German, French and even some Nordic languages. Blooms day is on a Thursday, meaning Thor's Day, the day of the Nordic thunder god.Late at night a thunderstorm is raging. Both young Stephen and Joyce himself were frightened of thunder.
These are but teasers and fragments, hoping to encourage more to read about the fabulous one day journey and lifetime of the modern wandering Jew and Irishman. 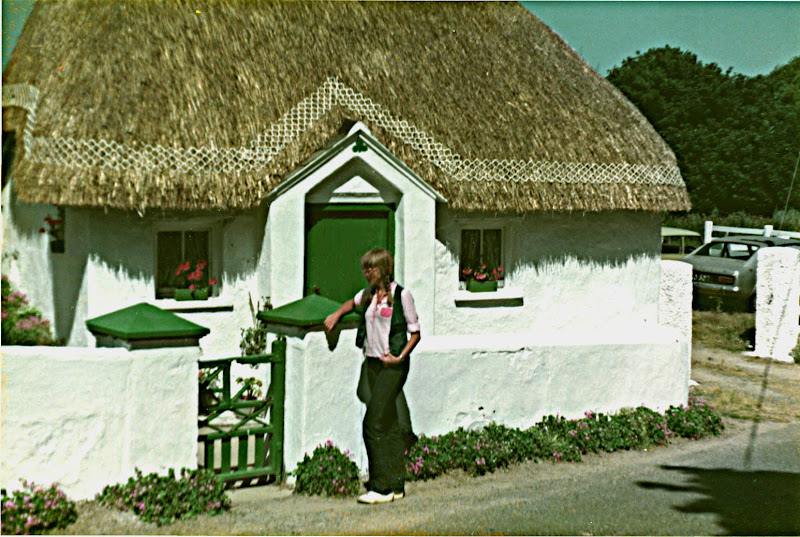 Ireland 1982. Posing outside a traditional Irish hut.
As usual, the pictures are made by me, except the ones where you can see me.

Always so riveting - and with such stunning images!

You've been traveling to interesting places!

Your daughter is lovely. I have four of them myself!

Another intriguing post on James Joyce interspersed with delightful photos and splashes of red!

Thanks for sharing these beautiful photos and adding meaning to them through your own words.

powerful pictures as always, these are beautiful

We can definitely see where your daughter gets her looks!
I love the detail on the Irish hut. The woven trim is unique.
Lovely work!

I started reading a biography of Joyce... I can't say I ended up crazed about him, as I found him rather arrogant (poor Nora had a lot to take care of on her own).

Love all your photos and your explanations. I will find out more about the Mina Purefoy character.

Oh Felisol, you sure did make a strong connection with JJ, that ' s why you are educating us about the novel with so many comparisons and photos. (smile)

I fell in love with the Irish cottage. Would love to live in a place like that.

Serina is sure warming up with that coffee.

Super share...the photo of your daughter is picture perfect!!! She's a beauty. And the 'forces of nature' with the flower jutting from the boulders...awesome.

My RT is HERE

A note: I'm going to begin a new meme, started tomorrow evening. You may be interested in participating...at least stop by tomorrow around 6PM my time zone to find out what it's going to be like....

Have a great day just filled with loads of sunshine!!!

Beautiful...Looking at these amazing photo's, I see that your Serina surely looks like YOU!
Lovely post as always Dear Sister...
Hugs

AH! So you have been to Ireland! Lucky you!

There's so much to this book that I fear I am missing a LOT, so I have gone back to read the first bit again. Ulysses is a very, very DEEP book. And the more I read it the more intrigued I become.

is Sweet T still on the road?

Howdy Jel,
I think she must be. Saija told me they were making a great tour all around Manitoba.
If she doesn't turn up soon, we'd better alarm those red coats still riding the Canadian wilderness.

do they still do that !


always ways thought the men in them red coats were VERY nice! :)

Enchanting the way you develop your interpretation of Ulysses and the photos. Quite and eye and ear you have for storytelling. I enjoyed viewing the pictures from your 'youth' .. and always the lovely Serina.

I just stopped in for the RT, but just feel in love with the discourse on Joyce.

dear felisol..i love that little bouquet of frail tender flowers growing in the cleft of the rock...and i even love more the sight of that pretty princess drinking the water from the cup and the irish green girl in the last picture!
love terry