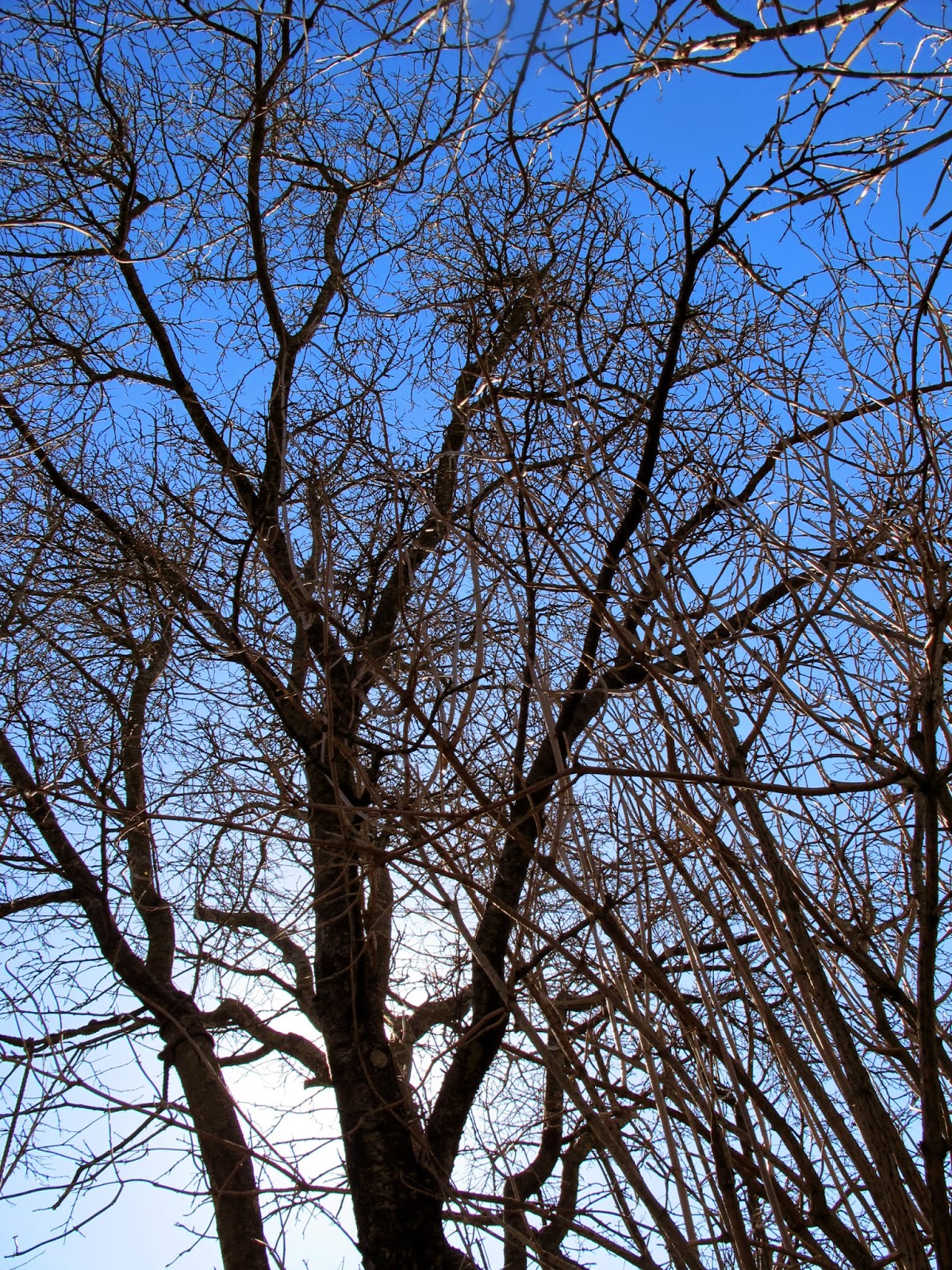 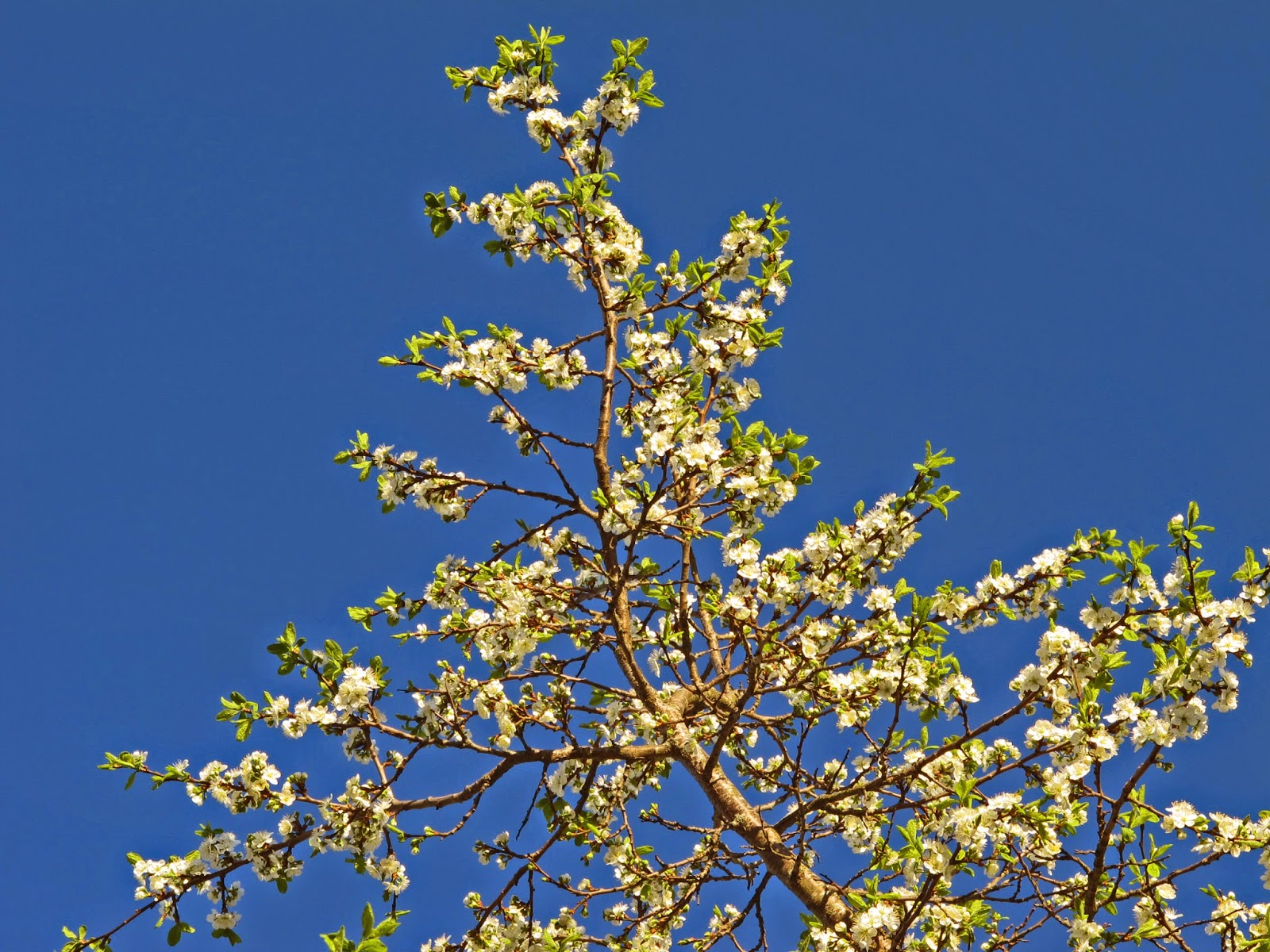 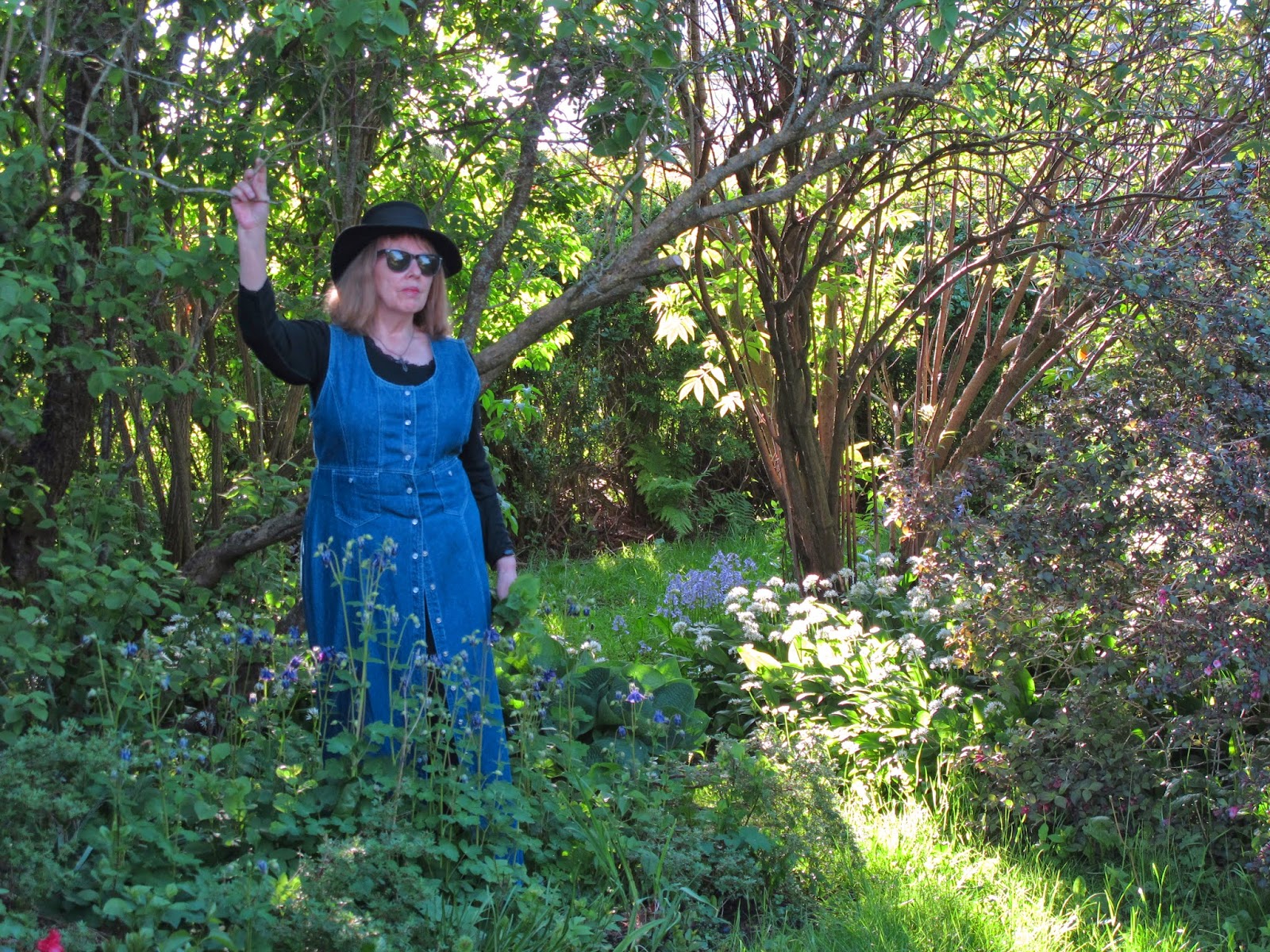 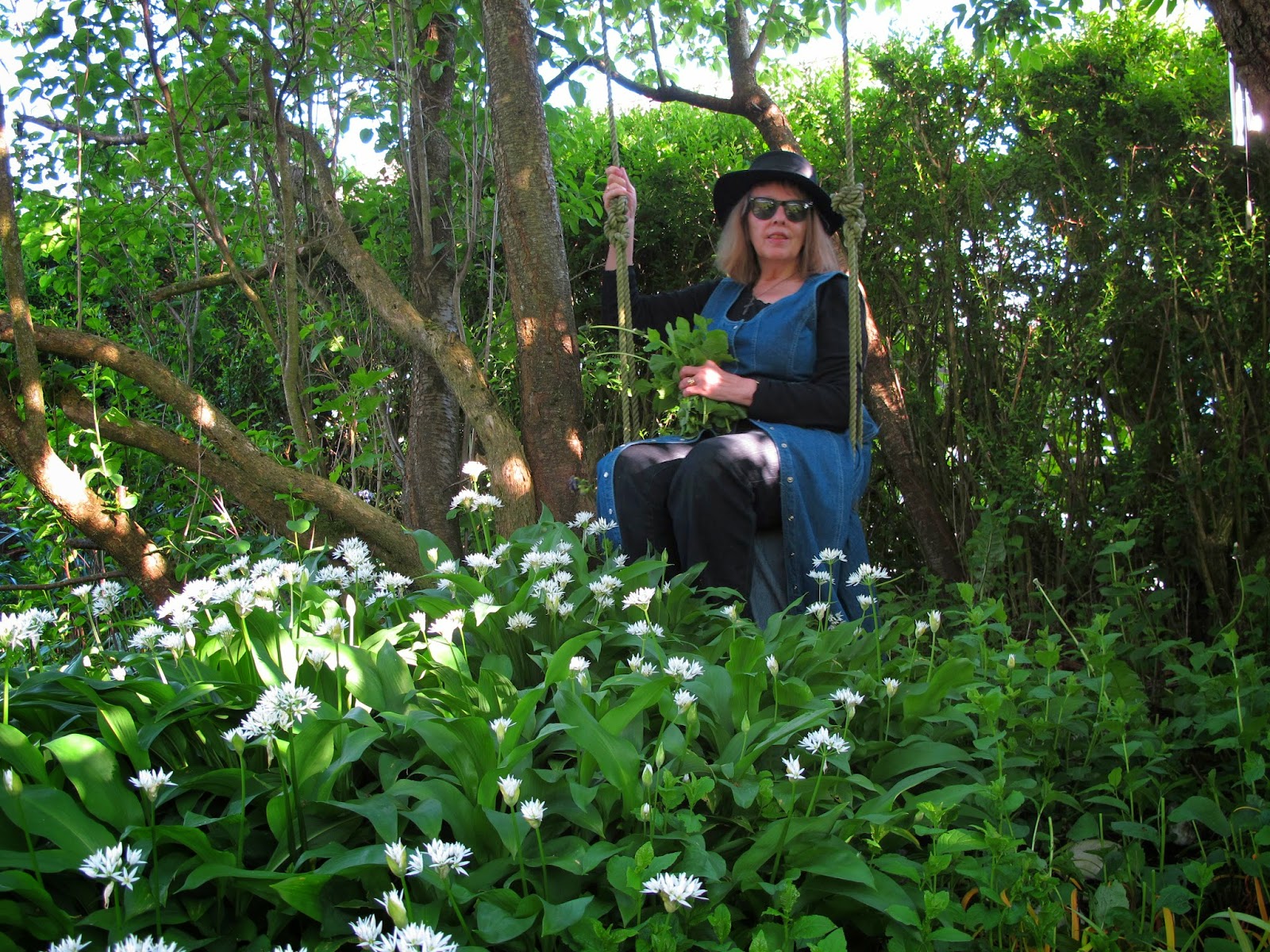 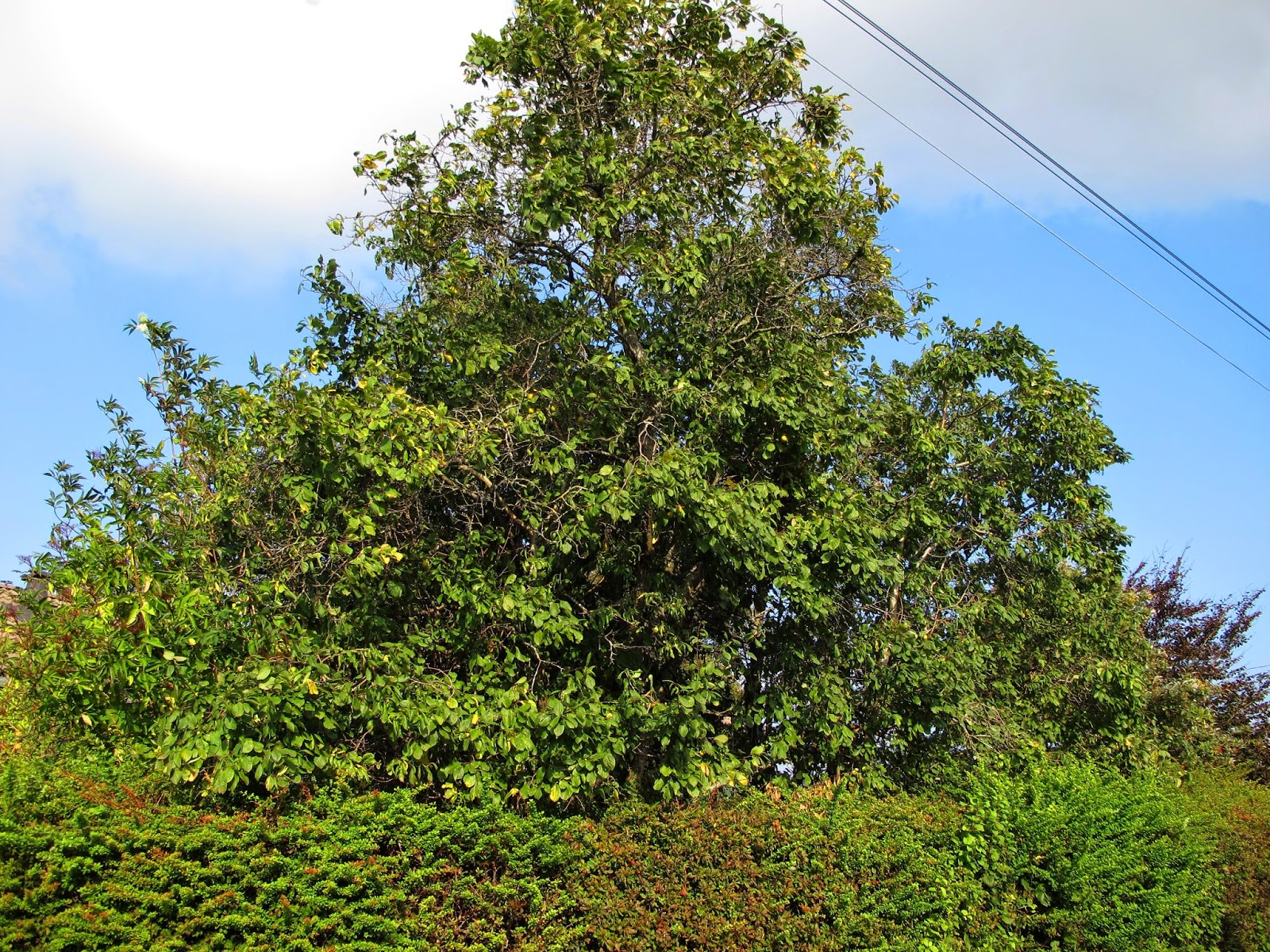 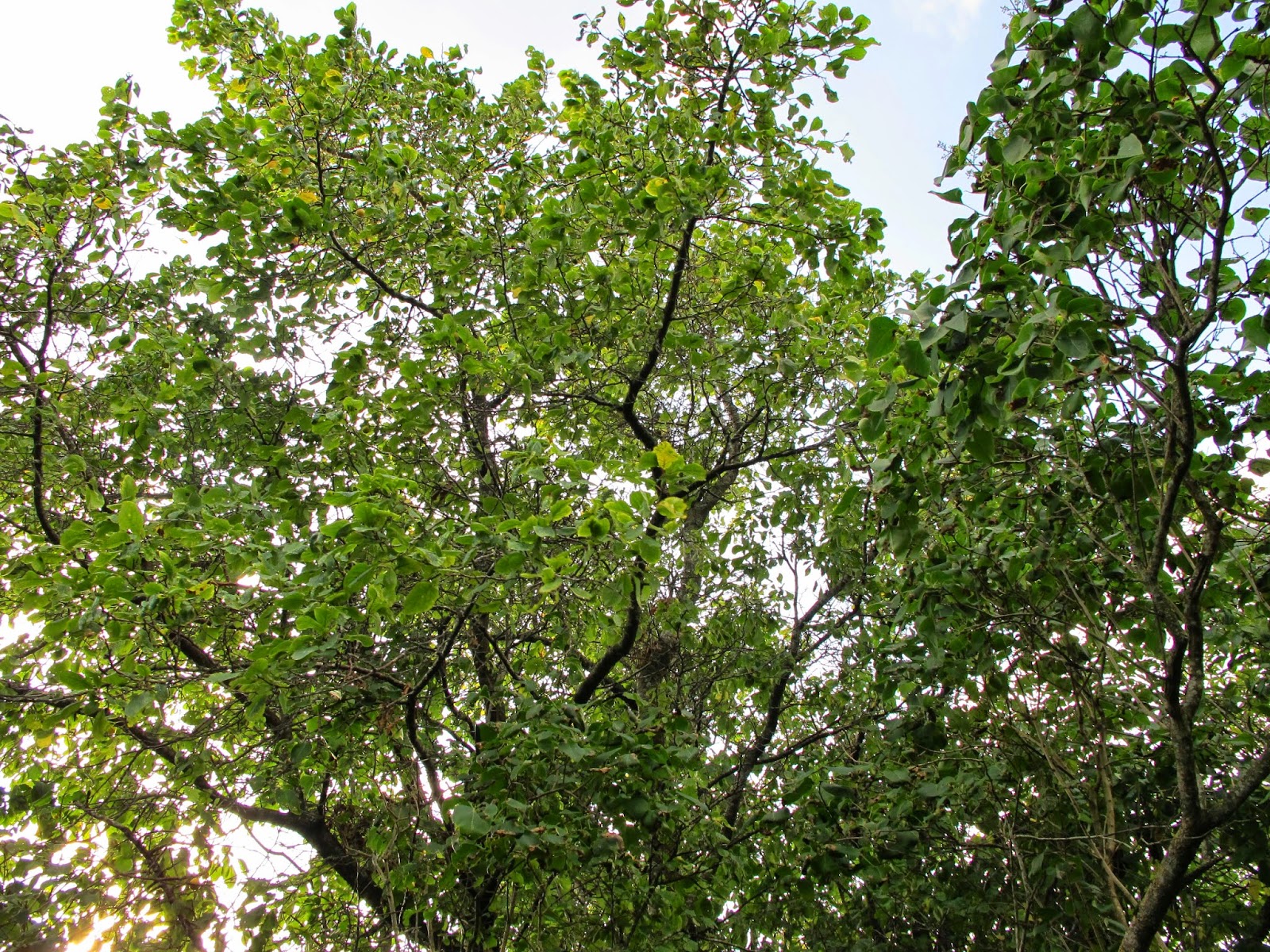 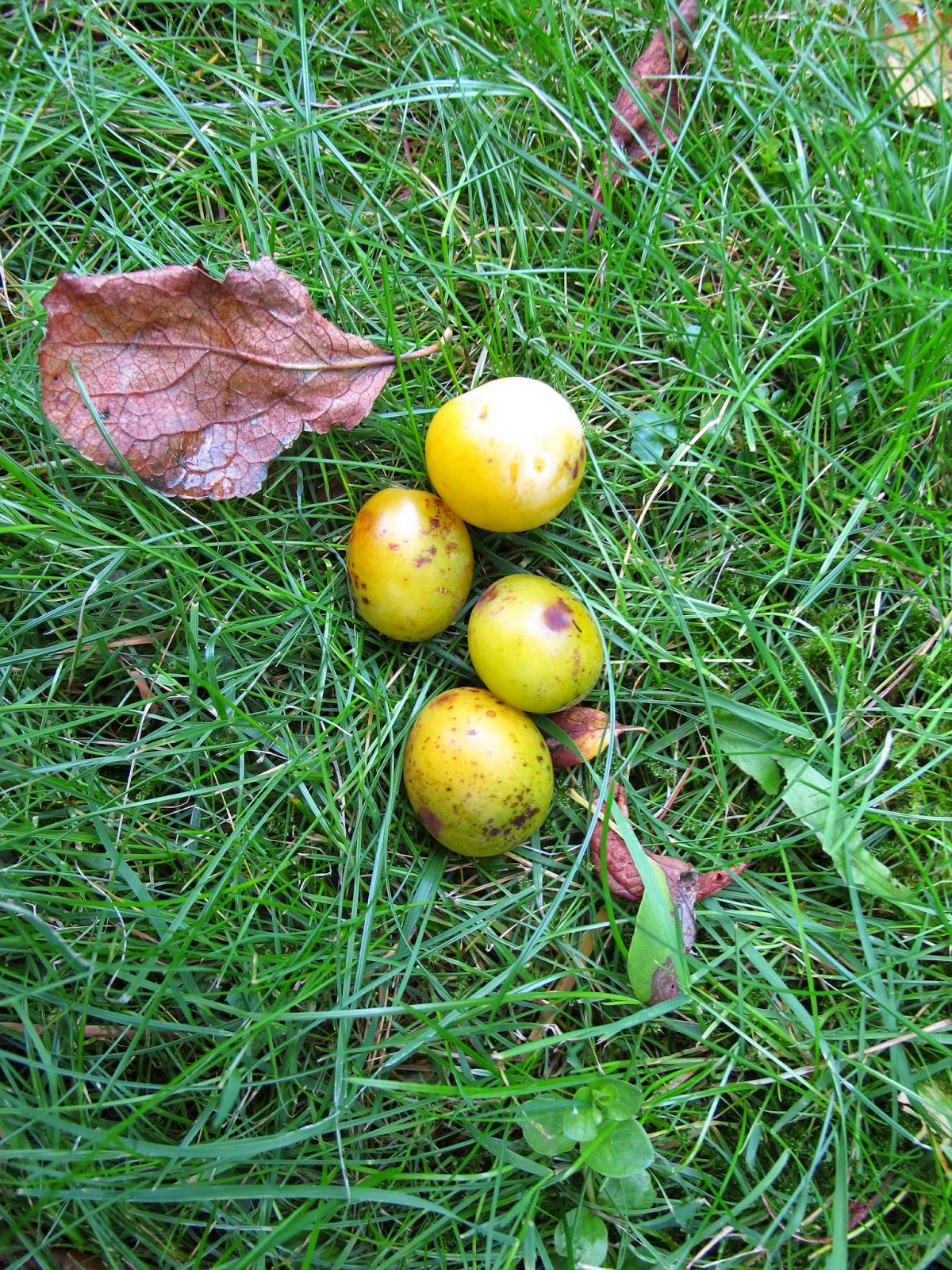 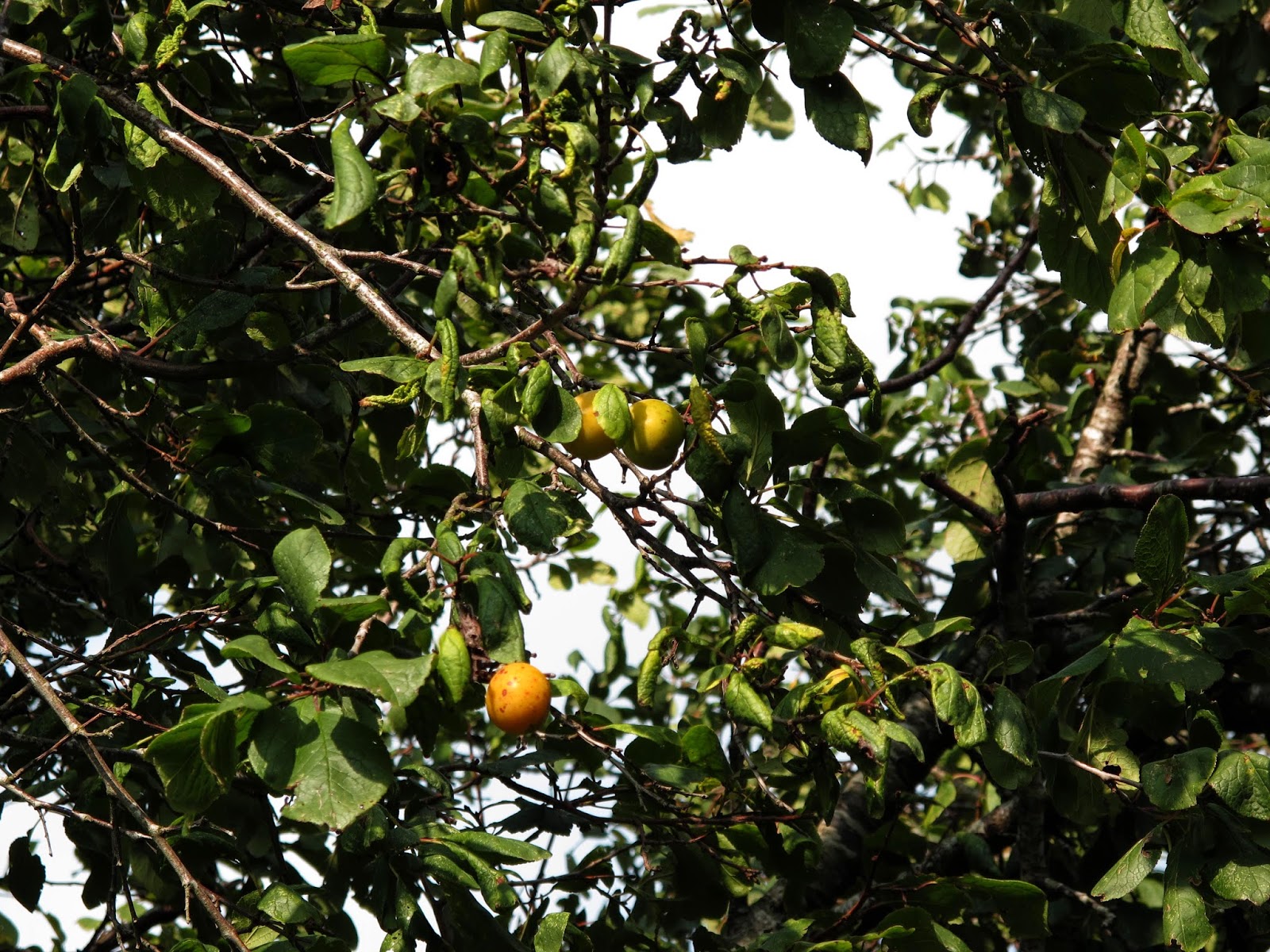 I link to Rubbish by Roan. Go over and see some other great finds.
http://rubbishbyroan.blogspot.no/
Lagt inn av Felisol kl. 2:56 am

What a wonderful gift from God. The pruning must have helped too. I like how so many plants grow underneath creating your secret garden area. A keeper!

Could it be that the tree is rewarding you for being its advocate? Just kidding...but whoever of us REALLY "knows" anything.

Imagine, a cherry tree giving you plums. So they WERE plum blossoms. But whoever heard of a "Plum-Blossom Festival", huh? Maybe that is your calling this year, promote plum trees, and their fruit.

Happily, Felisol, I wish you JOY!

Now that is a wonderful transformation. Good on you for not cutting the old tree down.

Sound like it's time to make some plum jelly! Tom The Backroads Traveller

How charming to have a secret garden area with a garden swing! It must be so delightful!

I think it has decided to repay your for being its champion and blessed you with yummy plums. Great story and an amazing tree. I like your secret garden. Thanks for joining the fun!

How about that! the pruning must have done it!

So it's a plum tree after all! She is rewarding you for sparing her life all these years... The "ugly duckling" has blossomed into a graceful swan!
Love this post!

Oh no...you HAVE to keep the tall tree, the space it provides underneath for the ransoms (I often wondered what that plant looked like...I know they are adible) and the plum tree! What an amazing garden space! Love your swing too!

ohhhhh! we had a plum tree when we lived in the cottage ... sweet yummy plums ... loved the story ... thanx for sharing!

What a treasure. Plum trees don't usually get that large. You could feed the neighbors.
What a delight to meet you. We actually have some trees like that too.

So who knows where there are persons who can bring fruit to God with a little attention?