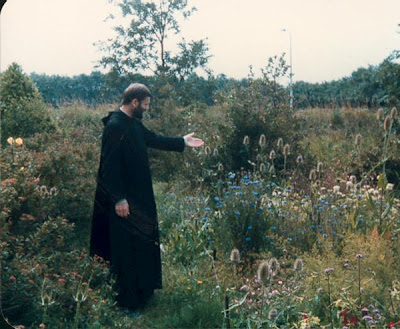 I've worked with people all my life, since eighteen actually.
During discussions I've kept repeating, "People need people."
Whether it meant keeping mentally retarded in single flats, with no common areas, elderly living alone in their homes forgotten by family and with no friends left or the lonely kids in school, somehow not accepted by their classmates, (as if that possibly could be the lonely kids' fault). Nobody chooses solitude without having been severely hurt. 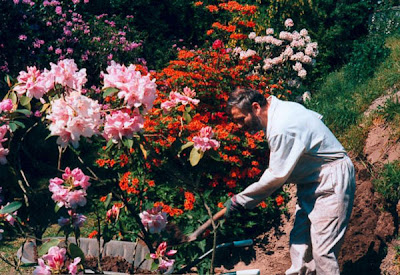 My friend Ole is a Benedictine monk in the Netherlands. I'm in closer contact with him than most of my friends in Norway. I even stayed in the monastery for a week. There was friendship and genuine care between the "brothers" and towards the guests.
They live by this rule to greet and embrace every stranger as if they were meeting Christ.
Of course there will be problems in a monastery as well as everywhere else in this world, but they can always be dealt with because of their fundamental, indisputable rules.
It would not be a bad idea if other churches , not to speak of our Civil Service institutions picked up some of old St. Benedict's wisdom.
One even might get tempted to try it in one's own family... 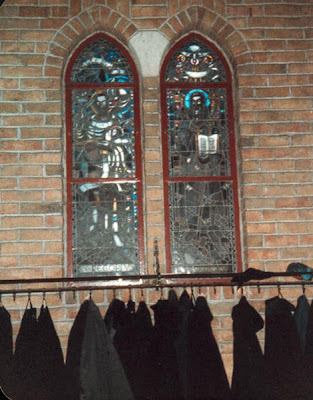 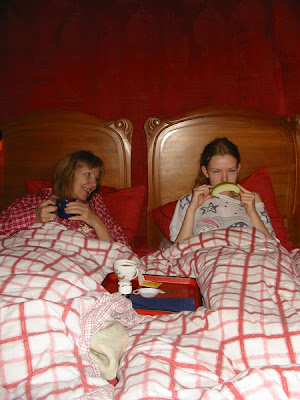 In Norway Mother's Day is celebrated on the second Sunday of February. The cynics say that this is just another day for the merchants to make more money. How wrong they are. My first and only child was born more than eighteen years ago. I became a mother at the age of thirty eight. I never actually missed being a mother. My life was filled with children and grown ups needing my strength, care and affection. The day I became pregnant my hole life was turned upside down. Focus shifted from me to her, serious decisions to be made, about my job, my civil status, housing, - every aspect of my presence was changed from me to us.
When I talk about my life, it's always before and after Serina was born.
In my mind it seems like yesterday I saw her beautiful blue eyes for the first time.
Now we are frightfully counting month till she has to leave home for further studies.
The Elder called children "The Loans of God". They knew how fast time went by.
Now I'm about to experience exactly the same.
This year my daughter proclaimed, "Mother I have only bought you gifts to be eaten." As if that was only. She served me a most delicious breakfast in bed, consisting of all my favourites including fresh, aromatic strawberries. Light music on the radio and company of the world's best child, the meal lasted for three hours.
Then her father and I went for a slow Sunday walk while she prepared dinner.
After resting while the washing up was done, I woke up to coffee and warm, homemade waffles. I prefer waffles to any other bakery, and daughter Serina is well aware of that.
In the evening we watched an English feel-good movie, while enjoying nuts and chocolate mix.
One of the major days in my life. 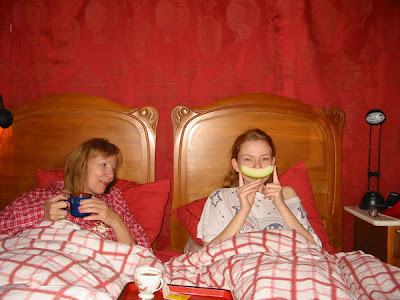