THAT WAS THAT WEEK THAT WAS 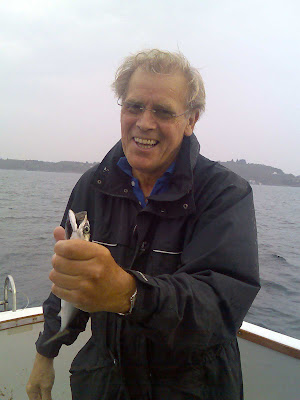 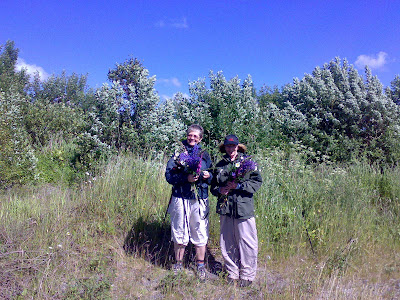 Monday: The Three Musketeers, Liv, Turid and I went for a walk in the forest. Liv and I took an ice cold bath in fresh water.
In the hillside we caught site of a deer mom with her fragile child. Then of a sudden a deer ram came bursting out of the woods, chasing the mother and leaving the disturbed deerling on its own.
It felt like a "Bambi" reality sceen. 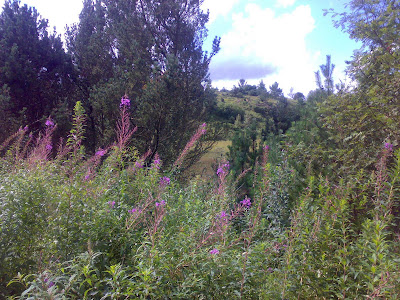 Preparations for three guests coming from the far North to stay for the week. 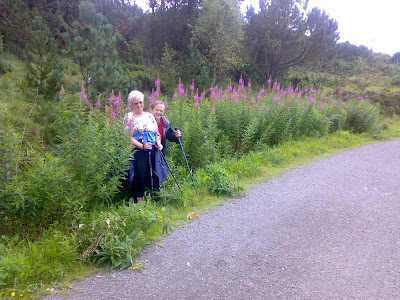 Tuesday: Followed Sigve and his nearest friends to the cemetery chapel to say goodbye. It was heartbreaking.. Grandchildren sending self made poems and their dearest toy with the casket. Liv sharing words from the Bible and a huge bouquet of Bluebells. 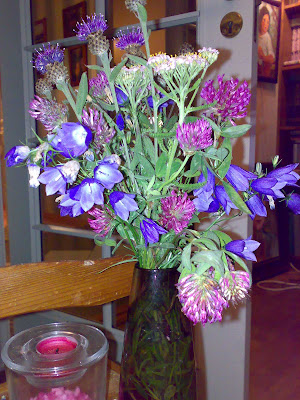 Later on long time friend Rita came with her two lovely daughters. We have known each other for thirty years, but now we had not met in nine years. 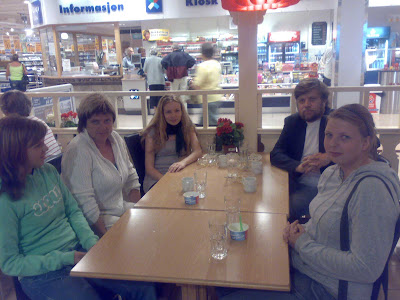 Wednesday: Herring-jazz in town. (that means trad. jazz played in 25 pubs, churches, neighbour islands and concert hall.) We went to the opening in a museum arena by the Dock. 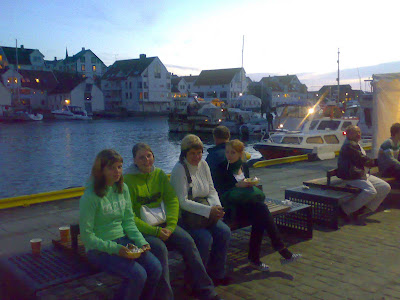 The girls wanted to shop, they're more into popular music. Gunnar stayed home making a party of good food when we returned. 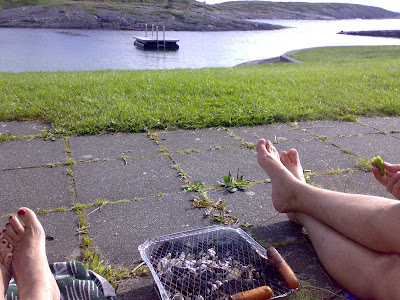 Thursday: Gunnar, Serina and I attended Sigve's funeral. The church was packed with people. Sigve was a social, friendly and well respected man.
Tough..
Thursday is potato ball day in our town. We took our guests out for dinner. The mother had been longing for this local dish, the girls were more into Burgers and ice.(No one blamed them)
We strolled along the Harald's Street, up and down its more than three kilometres.
After resting we went to town again till past midnight 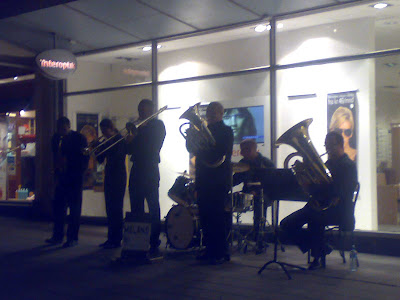 .Friday: More jazz, more leisurely, walking, talking, meeting with old friends. The girls made dinner at home while Rita and I had a last round in town.
We stayed up until three in the morning each night.

Will and Terry were heavily in my mind. Tried to write a few words after the others had gone to bed.
Saturday: The girls set off for a long and winding road back home. We were worrying sick how they would manage all the tunnels and bumpy curves.
Serina has got a cough again. Gunnar is my rock.
Tomorrow we'll have to make serious preparations for Serina leaving home for a year. 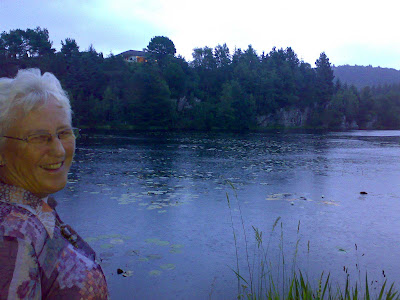