Rubbish, but lined with gold 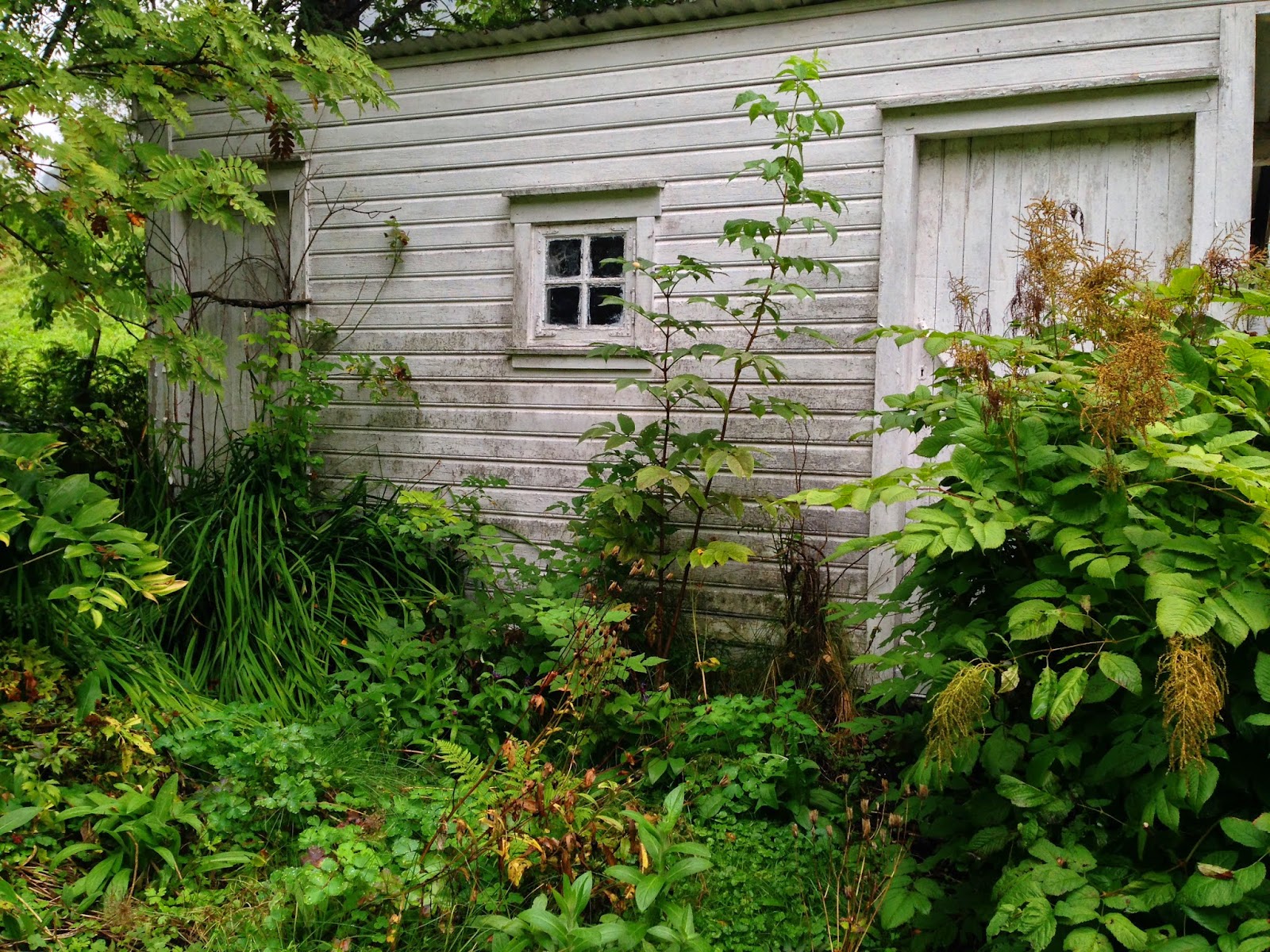 The garden shed of my paternal home has a story of its own. It's older than I am, and has served multiple purposes before it ended up as a shabby storing place for lawn movers and old wooden skies.
I still have the hope that it may be saved for future generations. 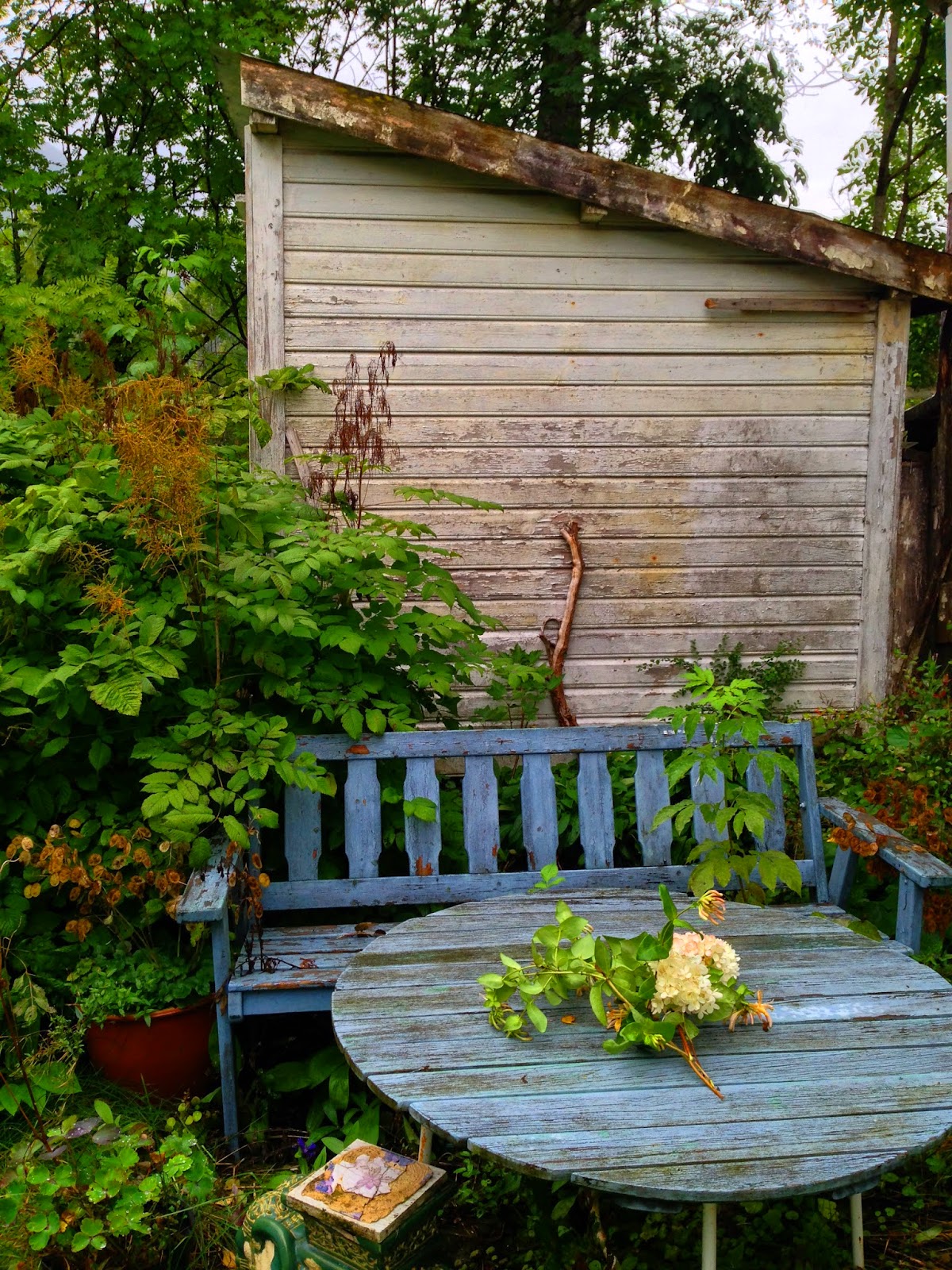 Even though wood is the most common building material in Norway, and we have easy access to wood almost all over the country, there is also a long tradition for reusing building material. Our shed served originally as a double outdoor toilet (no water) for the church to which my parents belonged. It was torn down when indoor plumming was available in the early thirties. However, the material was not torn away, but reclaimed for a hen house by the family who built my  paternal home in 1945. Food was still sold with  rations cards even till the mid fifties, so keeping hen was an ordinary mean of food supply. 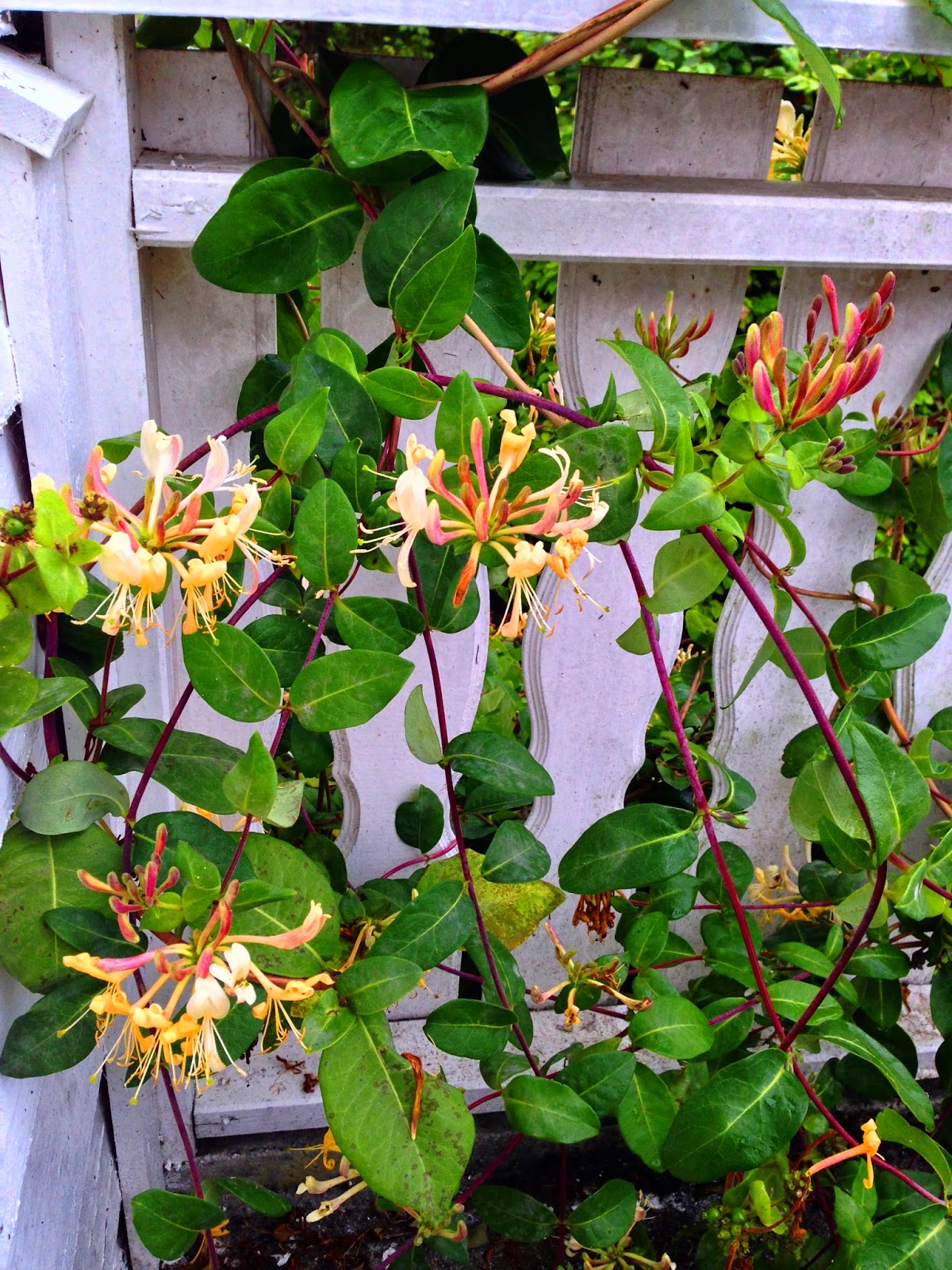 My parents moved in as the builders emigrated to America in 1951, and since then the house and the shed has belonged to the our family. My mother was not keen on keeping poultry, so the shed became a storage house, and later on, when I was able to play on my own, it became my playhouse. Since the house had two doors (one for men, theo other for women), my friends and I had two semidetached houses and years of fun playing with our dolls, using berries and veggies from the garden as "food" for our "families".
I guess I played there until I was twelve.
I was a lucky, happy child. 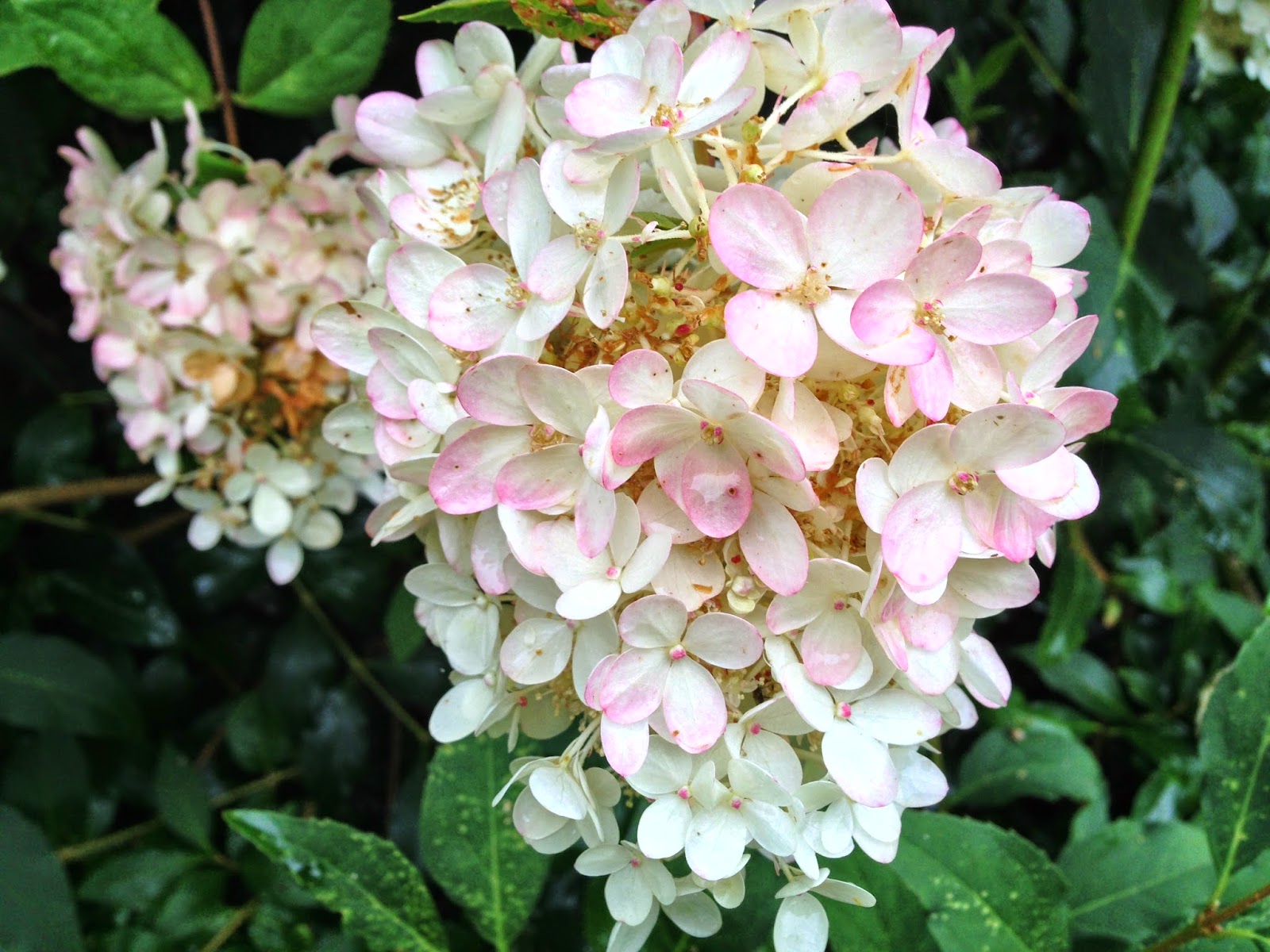 The flowers are still blooming this second day of September 2014, even though it's been some years now since my mother had her garden tools in the shed. 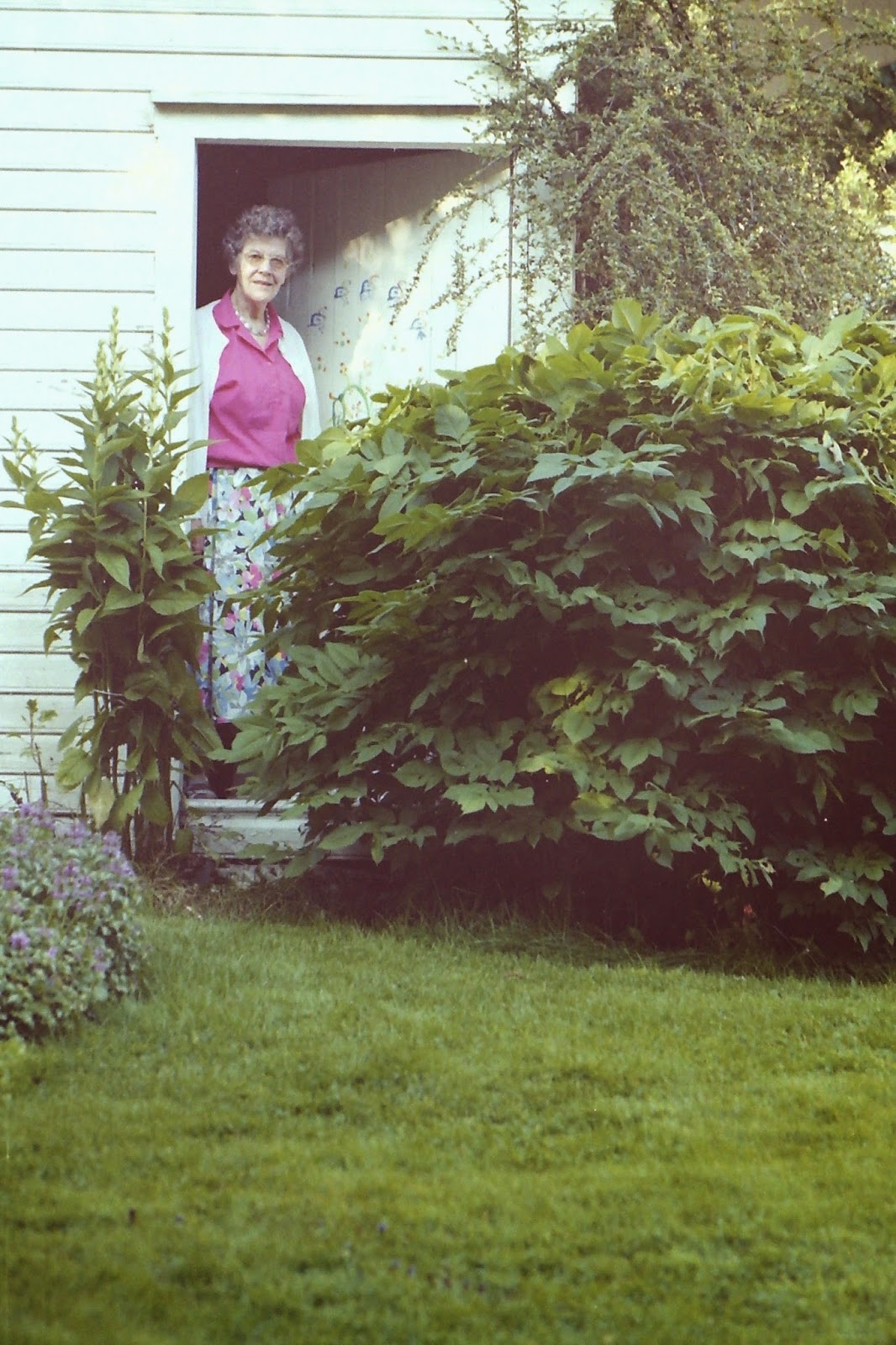 Standing outside thee door of the shed, I see my mother as in a dream, always busy, always caring.I hope the shed will get a new revival. It so deserves it. Thank you for wonderful memories.

Linking up with Roan in Rubbish Tuesday.
http://rubbishbyroan.blogspot.no/