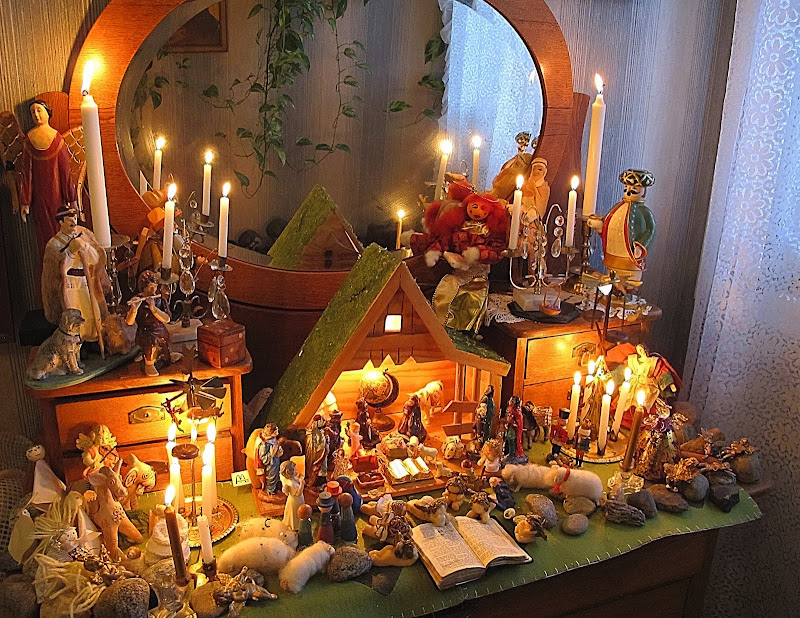 A Norwegian enter hall is bigger than the Americans. First one is supposed to take off ones shoes in the outer entry room. Then there's a wardrobe for coats and rain gear e.t.c. Just because of the climate we simply need lots and lots of space for these things. Then there's our old chest of drawers containing this and that, scarves, mittens, caps, reflex bonds, sunglasses and whatever one might need for a comfortable outdoor life.
This Advent I also set up our Nativity Scene there. 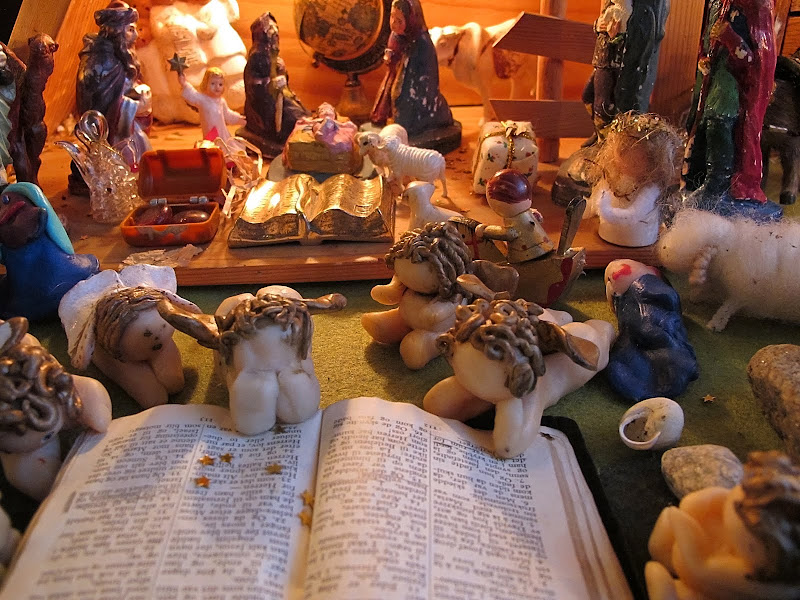 Even though the same old figurines are present, they every year seem to choose different ways of presenting themselves . The main persons, Josef, Maria, baby Jesus and the shepherds were bought home made of white plaster in the seventies. We were three friends who came together to paint them with watercolours. They sorely need repainting, but because of the good memories, I'm somewhat reluctant to do that. Home made angels from way back are attending. So are people from every corner of the world.
The cernit angels are reading in the old Bible belonging to my father, the Gospel from Luke 2. 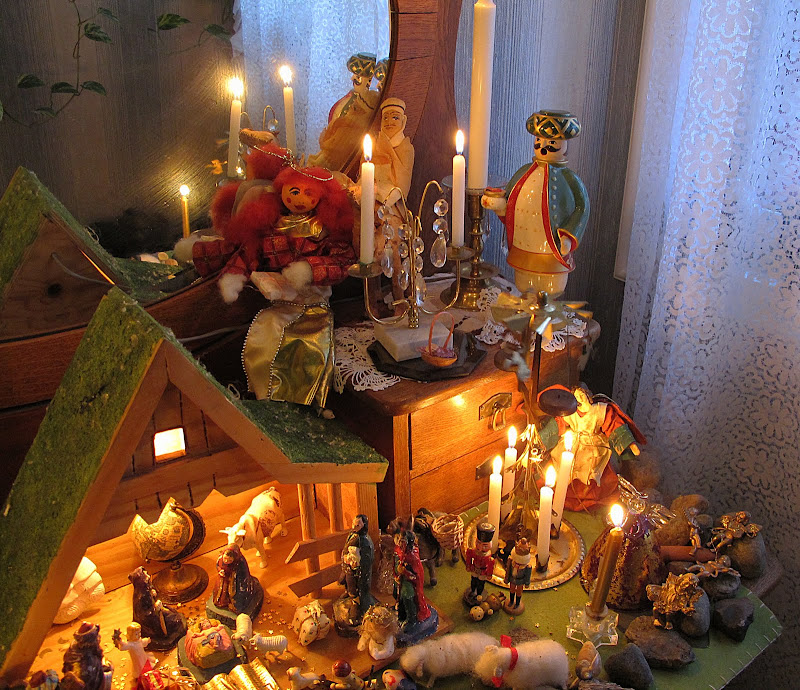 Serina's red haired angel seems to have been partying too much before the night. Oh, I love that funny face. I also love the wise-man from Germany, given to me by my life long German friend Christa. The mini chandelier is a gift from a family friend, Magda. She deeply influenced me in her mild, but firm way of living Christianity. She would have been 124 years this January. I still miss her and cherish every single memory after her. 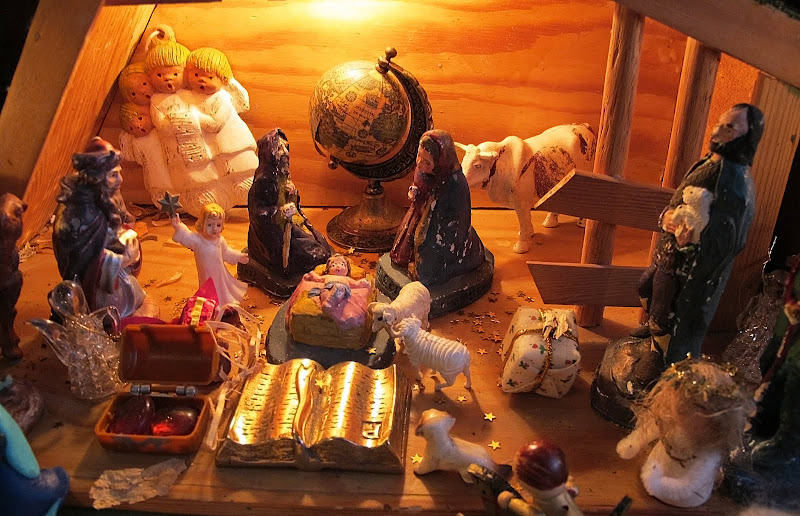 The Globe is placed there for symbolic reasons. The treasure chest is from one of Serina's many toys. The little puppy has faithfully followed me for 56 years. It sure deserves its place among the worshippers. 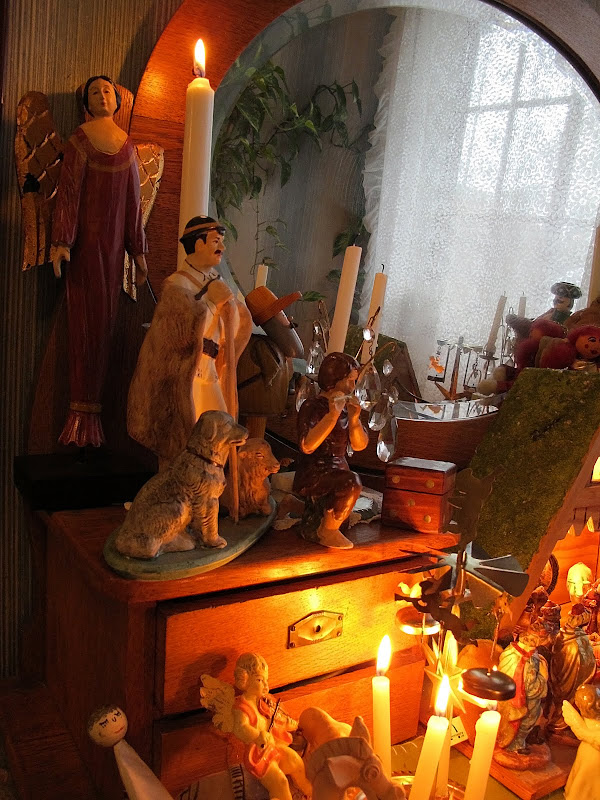 Persons of all sizes and shapes are present. The big ones originally belonged to my second Nativity Scene. I gave it away this Christmas to a family who had none. The shepherd and the flute player figurines are made of ceramic and bought just because I stumbled over them and thought they might fit in with the rest of the crowd. The Weihnachtsmann is another gift from Christa.

Wishing you all a Silent Night with peace at heart wherever you may be.